NBA cracks down on listed height of its players 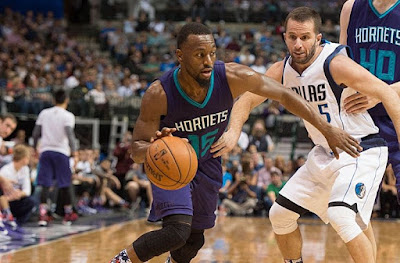 The NBA has decided to clamp down on the listed height of its players this season. The little guys have often been listed as taller than reality, while bigs over seven-feet have have sometimes insisted that they are shorter than what the numbers indicate.

This has been going on for decades, starting with someone like Bill Walton, who played two seasons in Boston, but was always listed as 6-foot-10, and yet he clearly was taller than teammate, Robert Parish, who was listed at a 7-footer during his playing career. Wes Unseld was listed at 6-foot-7 but that must have included the height of his large afro and Charles Barkley was alleged to be 6-foot-6 his whole NBA career, but 6-foot-4 may have been closer to his real height.

In the modern NBA, Isaiah Thomas is certainly an undersized guard that comes to mind. It shows he's at 5-foot-9 on paper, but my daughter stood next to him and told me that he was closer between 5-foot-7 and 5-foot-8 in height.

How about Kevin Durant? There's no way he is 6-foot-9. To get his actual height, you have to add at least two or three inches.


For years some players have been listed as taller -- and some shorter -- than they really are. The league clearly wants to change that.
— Marc Stein (@TheSteinLine) September 26, 2019


According to Marc Stein of the New York Times, a new rule will require teams to verify a player's height and age within the first week of training camp.


"A consistent process has been created to ensure the integrity and accuracy of the data on team rosters," Mike Bass, a spokesman for the N.B.A., said on Thursday."

The current listed height for NBA players indicate how tall they are with shoes on. The new numbers will show their height without shoes, eliminating the variability of sole thickness.


So expect the height of most players to drop from their current listings, such as new Celtics All-Star point guard Kemba Walker due to the "Barefoot Rule." There will be some exceptions, as it's projected that Kevin Durant, even without shoes, will still come in taller than 6-foot-9 and closer to seven-feet.

Photos can be deceiving, but Durant appears to be taller than Cousins, although Boogie is slouching a bit in a picture above from 2016. The real measurements are supposed to come out this week once team's training camp get underway, so get ready to get the long-and-short end of it.