Why Cedric Maxwell is not watching the NBA Finals 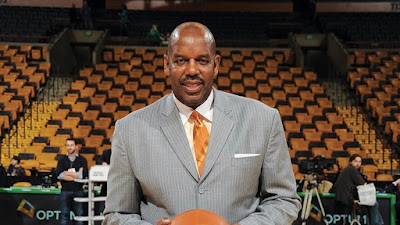 The Los Angeles Lakers have a 3-1 series lead over the Miami Heat and can wrap-up another championship for the storied franchise come Friday night.
But don't count Celtics legend and radio color commentator Cedric Maxwell to be tuning-in, as he has not caught one minute of the NBA Finals.
As Game 5 is set for tomorrow, Maxwell made an appearance on NBC Sports Boston's Celtics Talk Podcast this week to discuss why he is not watching the 2020 Finals.

"I'm a hater, I'm not a congratulator," said Maxwell to Kyle Draper and Chris Forsberg. "Mychal Thompson, my counterpart over there, is always talking noise about the Lakers and one thing I've always had on him is the fact the Celtics have won more championships.

"And given how this season ended for the Celtics, the Celtics had such a golden opportunity. In the beginning of the year, I said they could get to the Eastern Conference Finals. But once the door was open man, I want more. I wanted them to really control their own destiny."

The Celtics fell 4-2 to the Heat in the Eastern Conference Finals and Maxwell believes bringing back a familiar face this offseason could help Boston get over the hump next year.

"You know a guy I would love to have back? Aron Baynes," Maxwell said. "Baynes is that big body on the inside that takes charges, doesn't allow you to get to the paint, can control a guy like Bam [Adebayo]. That was one of the areas -- and Daniel Theis had a great year. But that matchup really exposed the Celtics' weakness in the paint."

Danny Ainge last week, said he had no regrets on not making a move to try and add some depth off the bench, as injuries became an issue in the second half of the season and into the playoffs.

"First and foremost is health," Ainge said. "I think it's a fair assessment. I think part of the reason we didn't have different players on the bench was, first of all, we worked very diligently to upgrade our bench going into the playoffs, but the price was too high or they were silly acquisitions where we weren't even sure they were that much better.

The Lakers will look to tie the Celtics with the most championship in NBA history at 17 apiece and LeBron James is seeking his fourth within the next 24 hours against the Heat in a possible close out Game 5.