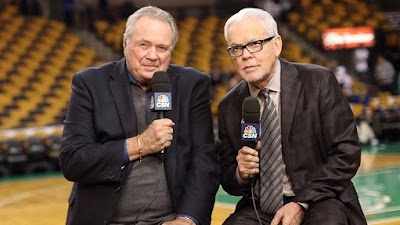 Celtics play-by-play TV announcer Mike Gorman appeared on Boston's 98.5 The Sports Hub this past week to talk about the offseason.
Gorman was asked about a few pieces Danny Ainge will have to address before the start of the 2020-21 campaign and that includes if Gordon Hayward will pick up his player option or opt out and become an unrestricted free agent.

"The big thing with Gordon is is his money," said Gorman on Toucher & Rich. "He makes 30 something million this year; he's got his choice to take it or walk away from it. So, maybe the idea of going to Indiana and be reunited with family maybe going back to Utah."

Hayward, who reportedly returned too soon from an ankle injury, can opt in to a player option worth $34.2 million or even possibly rework a new long-term deal with the Celtics for less money annually.

Either way, the Jazz may also be looking to bring back their former All-Star, as Gorman mentioned Utah being in the mix for Hayward's services if the Celtics forward decides to tests the free agency waters.

"It's true that Utah might be interested in bringing back those possibilities, or maybe he just stays put and says, 'Okay, the money is on the table — thank you very much,'" Gorman added."'What time do we have practice?'"

Gorman seemed very concerned with the Celtics second unit scoring, especially with the NBA Draft quickly approaching and adding a much needed scorer off the bench should be the team's primary focus.

"You've got to get somebody who can score off the bench," he explained. "Now, the Celtics have what? Three first-round draft picks? I know they're like in the 20s, but they've got to find someone who can score off of the bench. They need a Lou Williams type of player. I don't care if the kid never plays any defense, I want somebody to come in and shoot, shoot the ball and make baskets."

"Someone who can come in and shoot threes, comes in and can score, take the ball to the basket," Gorman added.

The draft is scheduled for Nov. 18 and the Celtics are currently interviewing prospects, as they own picks No. 14, 26 and 30 in the first round, plus No. 47 in the second.