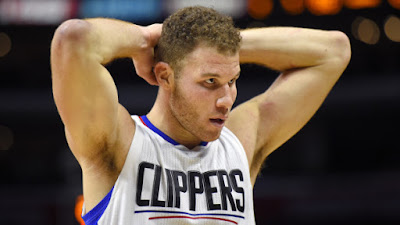 After yesterday's report indicating the Celtics as the most likely destination for Thunder guard Russell Westbrook, Boston is reportedly involved in a three-team swap that would land them Clippers forward Blake Griffin.

According to Sporting News NBA's Sean Deveney, front-office executives believe the Celtics are involved in a deal surrounding Griffin and Kings forward Rudy Gay. The Celtics would most likely include one of their top players, along with a collection of their future draft picks to acquire Griffin, and the Kings would send Gay to the Clippers.

However, Deveney is reporting that the Celtics do not want to give up their most valuable first-round picks -- Brooklyn's 2017 & 2018.

But just like Westbrook, trading for Griffin is risky. If all three teams were to agree to the trade, he could turn out to be a one-year rental for the Celtics. Griffin can become a free agent next summer if he elects to opt out of the final year of his deal -- worth $21.3 million -- which is what he'll probably do, seeing that he could earn up to $30 million or more per year (depending on how he performs next season) with the salary cap set to increase next summer.

Griffin missed 47 games last season due to a quad injury, and a hand injury he suffered after punching a team equipment manager -- he was suspended for the incident.

Griffin averaged 21.4 points and 8.4 rebounds for the Clippers.