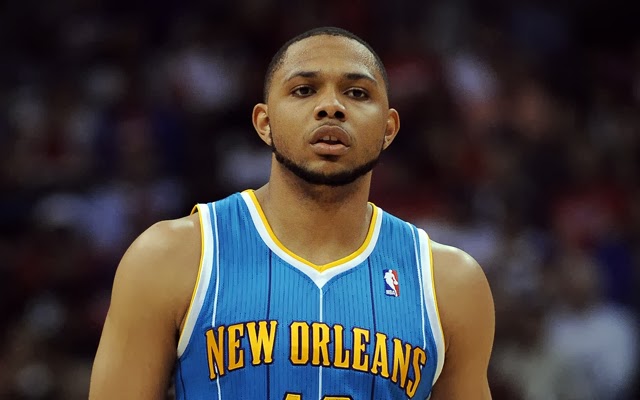 The Celtics have the chance to form an electric backcourt with New Orleans Pelicans shooting guard Eric Gordon reportedly available on the trading block.

According to Sporting News, league sources say that the Pelicans remain active in their pursuit of trading Eric Gordon.

"New Orleans has made contact with several teams about Gordon, even devising three-team scenarios in order to find him a new home." [Sporting News]


With Anthony Davis becoming one of the most dominant big men in the league and Jrue Holiday and Tyreke Evans flourishing in the backcourt, Pelicans could benefit from acquiring a power forward to compliment their rising star in Davis. Kris Humphries along with Brandon Bass and a second round pick could be enough to complete a deal for Gordon.

Humphries, who's had an inconsistent season, has been playing well of late and comes with an expiring contract that would free up $12 million for New Orleans at the end of the season. The Pelicans can potentially go after a free agent next summer and wouldn't be tied down to paying Gordon over $30 million for the next two seasons.

Bass, who grew up in Baton Rouge, Louisiana, is a forward who can shoot and open up the paint for Davis. In a lineup loaded with great scorers, the Pelicans should explore the option of adding two rebounders who average a combined 11.6 rebounds a game.

A possible Rondo-Gordon tandem could solidify the Celtics as playoff contenders for at least the next two years. If Rondo returns as his old self, a scoring guard like Gordon would give the Celtics one of the most dynamic backcourts in the NBA. It would also take some pressure off of Jeff Green on offense.