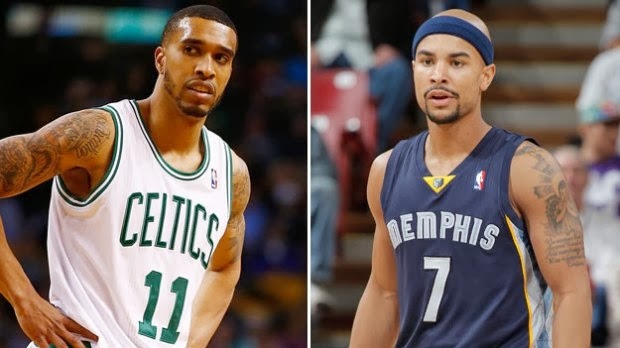 On a day when decisions had to be made before contracts became guarnteed in the NBA, the Celtics were awaiting league approval on a proposed trade that involved Memphis and Oklahoma City. The pending three team-trade since Sunday night, was made official by all parties on Tuesday.

Boston acquired Jerryd Bayless from the Grizzlies in exchange for Courtney Lee.The Grizzlies also get a 2016 second-round draft pick from the Celtics. Boston also recieved Ryan Gomes, who was immediately waived, from the Thunder. Oklahoma City recieves a conditional 2017 second-round draft pick from Memphis. The Celtics had been trying to move Lee's contract for some time now despite the guard regaining his shooting touch (49.2 percent from the field & 44.2 from 3-point range this season) and had been a good back up to Avery Bradley.

The move saves $2 millon off of the books this season for Danny Ainge as Bayless is making $3.1 million while Courtney was set to make $5.2 this year and more than $11 million in the next two years. Jerryd will be a free agent this summer and is looking for a long term deal, most believe he's no more than a rental and is not in future plans. Bayless, who has been a Celtics killer in the past, has had down numbers this season across the board.

In 30 games the 25-year old is averaging 8.1-PPG, 2.1-APG and shooting 30% from three point range and 38% overall coming off the bench. Though he can be a playmaker and a ball-handler, he will be used more as a shooter. In the two games against Boston this season, the veteran guard averaged 18.5 points while shooting 54.5 percent from the field.

Lee, 28, goes to a Memphis team in desperate need for a perimeter shooting since Quincy Pondexter has gone down for the year and have relied heavily on Mike Conley and the aging Mike Miller for outside shooting. Courtney brings career averages of 9.4-PPG 47% shooting from the field and 39% from behind the arc to the struggling 15-18 Grizzles, currently last in the Southwest Division.

Let's see what other deals Ainge has in place as he continues to build this team for the future, especially with the new Collective Bargain Agreement rules and luxary tax concerns. We will keep you posted on all rumors and upcoming deals.