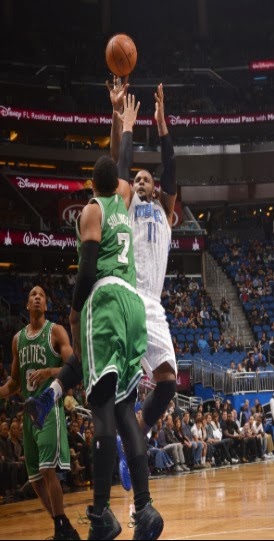 Orlando – The Magic came into Sunday night as being one of two teams still winless in 2014 and losers of 10 straight head-to-head meetings against the Celtics. After a back and forth 48 minutes, and being down 11 early on, Orlando finally got their first win of the new year and snapped their losing streak by beating Boston 93-91.


Glen ‘Big Baby’ Davis, who started for Nikola Vucevic (concussion), got his first victory over his former team since being traded to the Magic before the 2011-2012 season, finished with 17 points. Arron Afflalo lead the way with 20 points and 13 rebounds, Jameer Nelson had 17 points and 10 dimes, while Tobias Harris added 18 points to help the home team snap a season high 10-game losing streak.

Jeff Green led the Celtics and all scorers with 22 points, and went 13-15 from the free throw line. Kris Humphries finished with his third double-double of the season, he scored 18 points and grabbed 12 rebounds. Avery Bradley also finished with 18 points, while Rajon Rondo in 21 minutes added six points, six rebounds and four assists playing in his second game back from being injured.

Boston has lost nine straight on the road and 11 of 12 games overall. Some of the players believe it is going to take some time to get Rondo back into the swing of things. 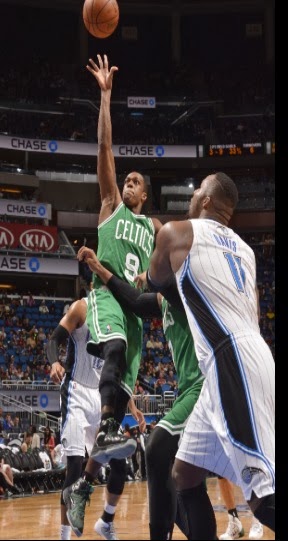 “We all have to get used to each other,” said Bradley. “The good thing is we are all open to it and we all have the same goals.”

Despite the Celtics poor shooting (37%), they opened up the fourth on a 13-2 run. After three ties in the first six minutes of the quarter, Afflalo made a pair of free throws to put the Magic up 82-79. With 1:48 remaining, Rondo got free off a screen and connected on a 16-foot jumper to put the C’s up 89-87 before Afflalo tied things up with a layup and a Boston miss on the other end lead to Nelson being fouled and sinking both free throws to put Orlando up 91-89.

Brad Stevens called a timeout to set up another great inbound play that had none other than the greatest inbound passer of our time; Gerald Wallace, connect with a cutting to the basket Jeff Green for the layup and a chance for a three point play after he was fouled by Afflalo.

Green failed to complete the play when he missed the shot from the charity stripe and Orlando grabbed the rebound and called a timeout with 30.7 seconds left to play.

Coming out of the timeout with the game all tied up at 91 apiece, Humphries was called for a foul on Harris as both players were going after a rebound. Harris made both free throws to go up 93-91 with 10.1 seconds on the clock. With plenty of time get a shot off to either tie or win the game, Stevens drew up another clutch play for Green, who had the hot hand. Green received the pass on the right wing and was met by Davis, he then drove the lane to the baseline and found an open Bradley in the right corner who did not catch the ball cleanly, as time expired with the ball in his hands before making a shot attempt, trying to get separation from a 6’9 Harris. 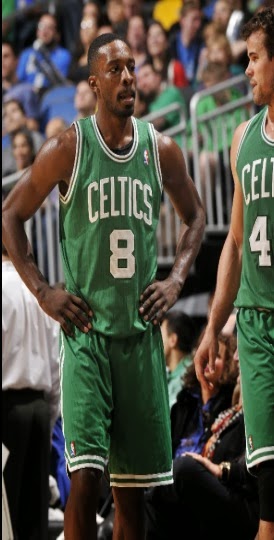 “I thought Green made the right play of a baseline drift pass,” said Stevens afterwards. “Avery just couldn’t come up with the pass and that’s why he ended up driving at the end of the day.”

Jeff Green scored eight of the C’s final 12 points and had attacked the basket for most of the night. He got to the free-throw line 15 times and wreaked havoc on Orlando’s defense who had trouble guarding the forward, Green walked us through the final play of the game.

“I was supposed to come out and shoot a 3 but Big Baby came out,” Green explained. “I tried to get a driving lane, but I didn’t have it.”

The Celtics will stay in Florida for the next two days as they will be taking their talents to South Beach to play the Heat for the second time this season. Boston will look to get another much needed win, this time with Rondo leading the way. Tip-off will be at 7:30 PM on Tuesday night.


Game Notes: Boston went 22-24 from the free throw line while Orlando finished 29-36. The Celtics only committed 10 turnovers to the Magic’s 17. Jeff Green gave us all a scare late in the first quarter when he slipped while attempting to contest a jumper by Afflalo. He landed hard on his right knee, but was able to walk on his own power after laying on the court for a few minutes which looked like he might of hyperextended his knee at first but he returned in the second quarter showing no effects while exploding for a dunk.