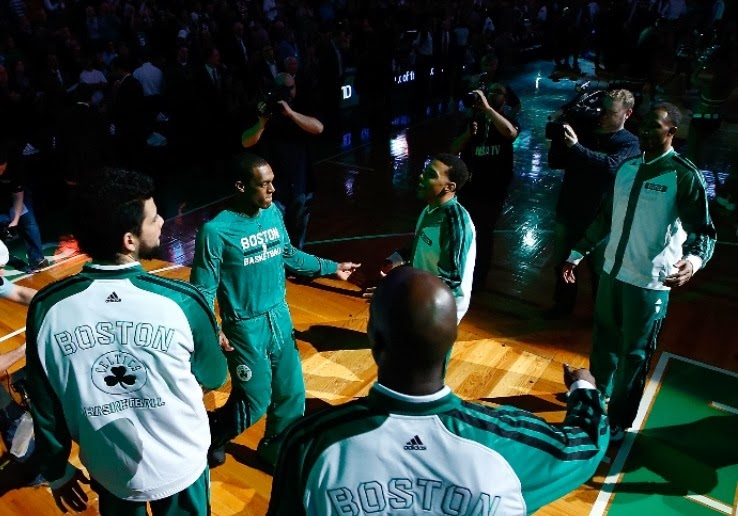 Boston - Last night was a night of firsts on Causeway Street. The Celtics were coming off their first win in 10 games and were looking to go on their first winning streak of the new year.
Rajon Rondo made his first appearance of the season and Kelly Olynyk scored 25 points for the first time in his NBA career. But none of that mattered as a depleted Lakers team played spoiler in front a sold out TD Garden, making a late fourth quarter comeback and held on to a 107-104 win.


You could feel the energy in the arena even before tip-off. Rondo's return to the court after nearly 12 months of recovery from a torn ACL in his right knee, sent a buzz throughout the area. In a non-nationally televised game between these two rival franchises, it was a good one that went down to the wire despite their current records. But it was all eyes on Rondo.
Rondo rejoined a much different Celtics team than a year ago, this time around he leads a much younger group. This is something he has not been accustomed to since the first season of his seven-year career the league. Just as the game was on the line and a play needed to be made, who did he find to make the game tying 3-pointer? Rondo. That shot would have sent the game to overtime, but instead the Lakers grabbed their 15th win of the season.
"I thought he made a lot of plays down the stretch," coach Stevens said of his starting all-star point guard. "Just came up a little bit short. But I was glad he had the ball." 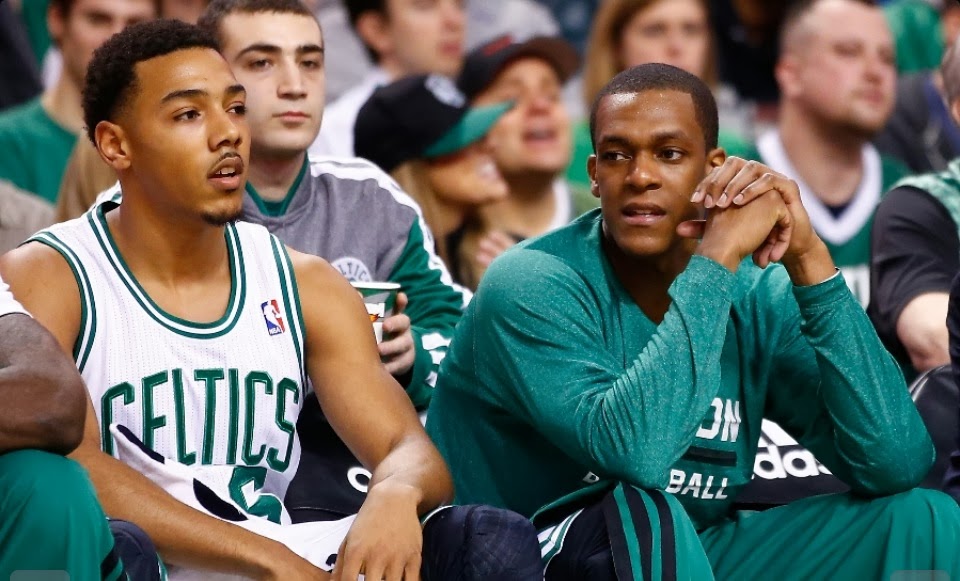 Rondo finished with eight-points, four assists and two rebounds in a limited 19 minutes of action. Despite Boston only shooting 44% from the field (44-99), six players finished in double figures including Kelly Olynyk, who finished with a career high 25 points and dished out seven assists. Gerald Wallace also had his best game as a Celtic. He chipped in with 14 points and five dimes off the bench while Phil Pressey continued his great play from Wednesday night handing out nine assists without committing a single turnover.
Pressey has dished out 19 assists and hasn't committed a turnover in the last two games.
On the other side, the Lakers were looking to avoid a seventh straight loss. Even without Kobe Bryant, Steve Nash and Steve Blake who were all out due to injuries, and Nick Young who was out due to a one-game suspension, they shot 50 %(37-74) from the field. Pau Gasol finished with 24 points and 13 rebounds. Kendall Marshall added 19 points and 14 assists, including a three-point dagger that gave L.A. its first lead of the second half with only 1:09 to play. Lakers’ Ryan Kelly scored 20 points and Wesley Johnson added 11 points, 11 rebounds to help secure the victory. 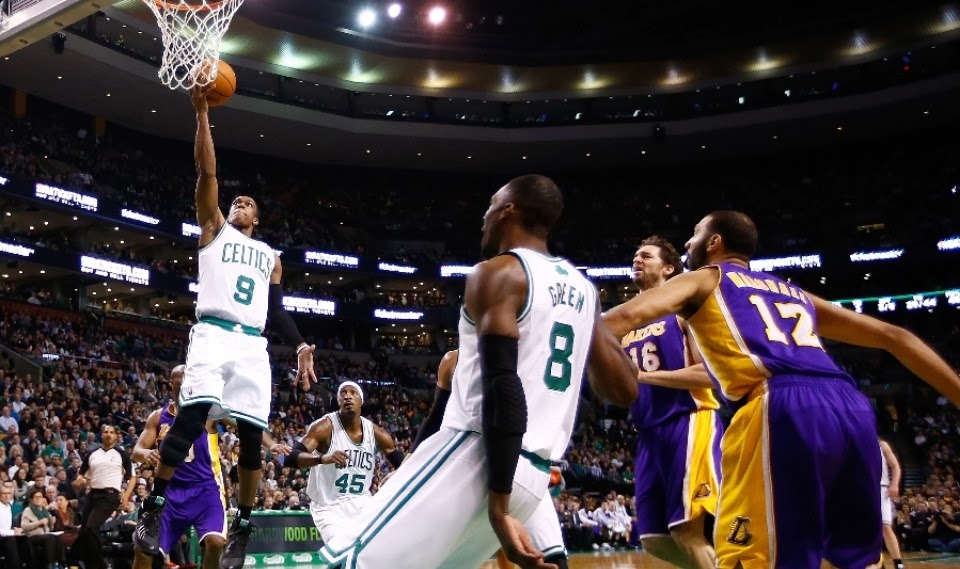 The Celtics were ahead for most of the night, and by as much as 13 points late in the first half. Brad Stevens, who had limited Rondo to at least five minutes a quarter, had let his guard check back in at the 4:53 mark in the fourth. Boston was still up 97-94 after back-to-back assists to Olynyk and a wide open Avery Bradley on the wing for a 3-pointer, the lead had extended to eight.
After Johnson’s 3-pointer and two offensive rebounds by Rondo, the Celtics were given three opportunities to extend their lead but failed to do so. It was 104-99 before Jodie Meeks hit another three to cut it to two points, and Marshall hit a three of his own to go up 105-104.
Boston forced a jump ball after Rondo backed rimmed a long shot, and Bradley missed a running floater. The jump ball between Johnson and Wallace lead to a review by the officials after what looked like both players might have hit the ball out of bounce after it was released. It was ruled a jump ball and the Lakers won the tip, which led to Kelly going to the free throw line where he sunk both shots with 9.4 seconds left to go, 107-104.
The crowd chanted as loud as they had been all night to "Beat L.A.!" Rondo dribbled down the clock to the top left side of the key and found himself alone for a 3-point shot to try to send the thriller into five extra minutes, but it was not meant to be as he missed the shot and the buzzer sounded. The Lakers had gone on a 11-0 run(including three back-to-back-to-back 3's), to end the game, while the Celtics missed their last seven shots.
"We missed some shots in the fourth quarter, but we've got to do it defensively," said the new Celtics' captain.
Both teams came into Friday night's game only having 14 wins apiece, but L.A. came in ruined what otherwise would have been a great night for the Celtics and their fans. Better luck next time when Boston travels to LA-LA land for the rubber match, in the meantime Rondo and the boys will fly to Orlando where they will play the Magic on Sunday, tip-off is at 6 PM.

Game Notes:
Boston's assists to turnover ratio was 34:7 for the game, while Los Angeles finshed with 27:19. During player introductions a particular point guard got a standing ovation for not only returning to the lineup after nearly a year, but because when the TD Garden's public address announcer Eddie Palladino announced for the very first time, "At the other guard, 6-foot-1 from Kentucky, the Captain, number nine...Rajon Rondo!" The Celtics named Rondo their 15th franchise captain just minutes before tip-off, the first since 2003 (Paul Pierce).
"I found out when you found out," said Rajon. "It really didn't hit me at first. After I came back to the huddle, a couple of guys told me congrats on being named captain. It's definitely an honor."
Rondo joins an elite list of Celtic captains that includes; Bob Cousy, Bill Russell, John Havlicek, Larry Bird and Reggie Lewis, to name a few. He becomes just the third point guard with such a privilege since Cousy and Dee Brown. Congrats #RR9!

Joel Pavón
Posted by Josue Pavon at 6:05 AM