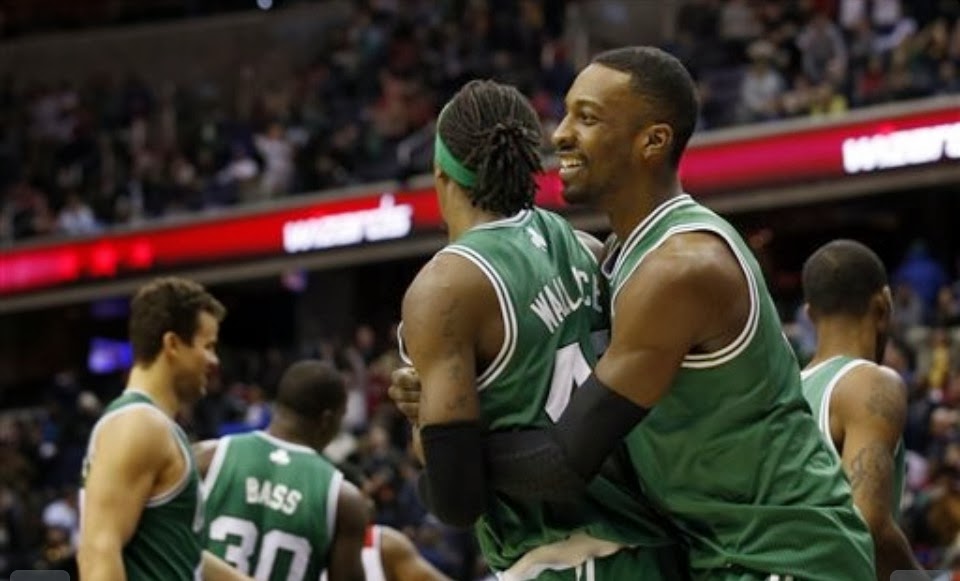 Washington - It was one of the more exciting games of the season for the Celtics.

Leave it to be without two of your backcourt starters and riding a three game losing streak (10 straight loses on the road) to give you some motivation. When at times it sounded more like a TD Garden crowd than a game at the Verizon Center, as Uncle Jeff put his team on his shoulders and it resulted in a 113-111 overtime win.


Phil Pressey got his second start of the season, and he didn’t disappoint as he nearly tripled his previous season high of seven points by scoring 20 on 7-of-10 shooting including  5-of-6 from behind the arc.

Jared Sullinger finished with another double-double adding 14 points and grabbing 11 rebounds. But the man of the night was Jeff Green, who played like a man possessed in a building that was all too familiar. He scored a season high 39 points, shot 56 percent from the field (14-of-26), while connecting on eight three-pointers and collected 9 rebounds in the Celtics’ win.

When Green was asked if he felt somewhat comfortable playing in the same arena he played many games in as a Georgetown Hoya, he didn’t hesitate to answer.

“Of course,” he replied. “My locker is right down the hall. I lived 10 minutes from here. There’s a lot of comfort here. I just put myself in the position where I had to be the man to carry the team and shoot the ball. So that’s what I did.” 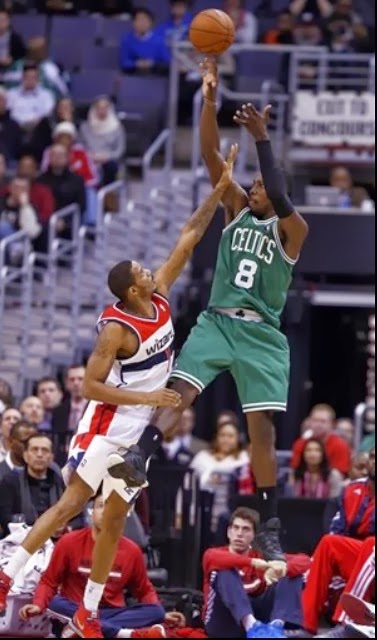 The Celtics were playing without Rajon Rondo (rest), Avery Bradley (sprained right ankle) and Jerryd Bayless (sprained left big toe) but were still able to finally end their 10-game road losing skid despite blowing a 19-point lead. Not only did Brad Stevens decide to start a backup point guard and four forwards (including Green at the two). But with the game on the line he went with an unlikely hero to try to put this one away.

Gerald Wallace got his first start since being moved to the bench back in November. In overtime, Pressey fouled out of the game with less than 10 seconds to play, and Wallace brought the ball up from the backcourt and scored the running layup with 2.5 seconds on the clock, and ended up being the game winning shot. Did I mentioned he finished with a team high nine-assists as well?

“Gerald is a forceful driver, “said the Celtics coach. “So he’s going to get where he wants to go. Lot of reasons to give up, but they didn’t do that.”

Meanwhile for the Wizards (now 20-21), they were looking to go over .500 since October of 2009. John Wall finished with his second career triple-double, scoring 28 points, 11 rebounds and 10 assists, but he missed his biggest shot of the night; a contested three-pointer that would have won the game in O.T.

Five others scored in double figures for the Wizards including Bradley Beal with 14 points and Marcin Gortat who scored 11 points and grabbed 13 boards.

After being down by as many as 19 points, Martell Webster gave Washington their first lead of the game with a four-point play that made it 88-87 with 6:37 remaining in regulation. Both teams exchanged shots as Jeff Green with the hot hand seemed like he couldn’t miss, hitting off balanced fade away jumpers and 3-pointers that lead to the game being tied. 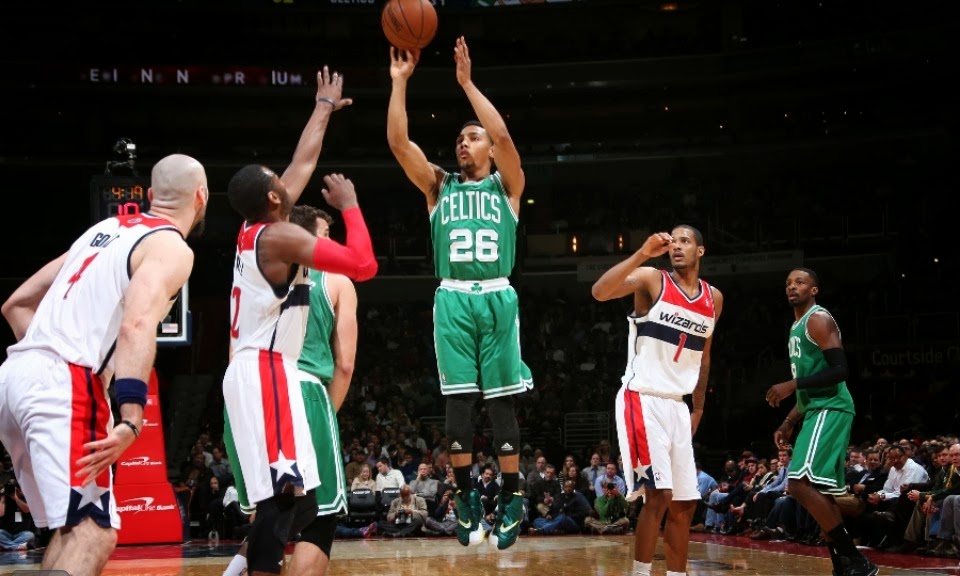 Stevens drew up a play for the man who was on fire, but Green forced a three, missing badly, his only mistake of the night as he left 1.2 seconds on the clock, giving Washington an opportunity to draw up a final play of their own. Nene was left open, but back rimmed a mid-range shot, forcing overtime.


In the extra five minutes, Phil Pressey made one last three pointer to give the Celtics a 111-108 lead, before fouling Gortat on his way to the basket with 13.9 seconds left. The foul was his sixth, and it forced the starting point guard to the bench with no ball handler to run the show.

Boston, now 15-29, will head home to face the mighty Oklahoma City Thunder (33-10) on Friday night when they try to avenge a lost from last month. Rondo should be ready to go, and let’s hope Green has a repeat DC type performance as well. Tip-off is at 7:30.


Game Notes: Boston made 15 of 34 three point attempts as Washington went 7 of 22 from behind the arc. Jeff Green had a career high in three-pointers attempted (16) and made (8). Chris Johnson and Vander Blue both on 10-day contracts played significant minutes scoring 9 and 4 points respectfully. It was reported that Avery Bradley could be out up to two weeks with his sprained right ankle.