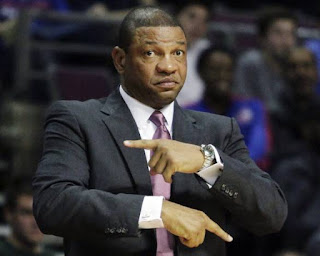 Celtics struggled to find their offense as they loss their third consecutive game to the Detriot Pistons.

Pistons' rookie Andre Drummond led his team with 16 points and was one of six Pistons to score in double-digits.

Detriot, fresh off their game in London against the Knicks on Thursday, showed no signs of jet lag against the Celtics.


"We are playing awful and I'm clearly not doing my job for this team and I'm serious," coach Rivers said. "I am not trying to take a bullet for the team and I told them that. I said we have to find something where all 12 guys play the same way."

After blowing an 18-point lead in the second quarter, the Pistons took control in the second half. Pistons beat the Celtics solely with their offense by shooting 47 percent from the the field. Despite their 21 turnovers, their starters combined for 63 points. Celtics' starting lineup combined for only 30.

Kevin Garnett and Courtney Lee led in scoring, they both had 16 points a piece. Jeff Green chipped in with 15 off the bench and Rajon Rondo dished out 15 assists but also had nine turnovers to go with it.


"I don't think we have the commitment to be a good team," Rivers said. "This team wants everything easy, they want the easy way out. They want to win easy but the only way you're going to win easy is if you play hard. We're taking the wrong approach. I've either got to find the right combination, the right guys, or we're going to have to get some guys out of here" 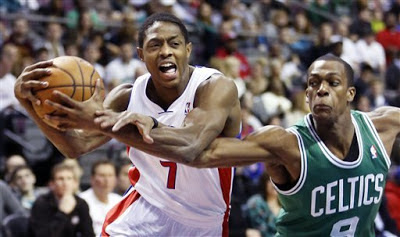 It's great to see Doc show his frustration. Unfortunately, it's going to take Doc calling his players out if the Celtics want to remain competitive in the east. In the past, we've seen good results after Doc calls his players out but this is the first time we've seen him talk about getting rid of players.

It's no secret Danny Ainge has been seeking a deal. Time will tell what kind of move the Celtics make but either way- don't expect to see this same team after the trade deadline.

The upcoming schedule will be tough. Celtics will travel to Cleveland tomorrow night to play the Cavs, then host two of the best teams in the Eastern Conference; New York and Miami on Thursday and Sunday.

Doc is right, and he's tried every combination he could think of with this current roster. If role players cannot contribute when Pierce is cold then this is the team we're going to continue to see, reminds me a lot of last year's roster, which was a team with a lot less talent than this year's roster... Paul Pierce continues to struggle offensively. After his red hot start throughout November and December, Pierce continues his cold streak by scoring only 10 points last night. His slump may cost him a spot in this year's All-Star game... Last night, Jason Terry scored as many points as the number on his uniform.