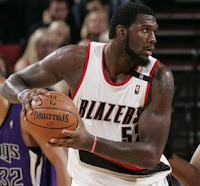 During his weekly conversation with WEEI 93.7FM, president of basketball operations, Danny Ainge, confirmed that he is "monitoring" former Portland Trail Blazer center Greg Oden, but hasn't made an attempt to sign him.

A report from CBS Sports on Thursday, listed the Celtics as one of several teams that have been looking at Oden since he's decided to make an NBA comeback.

"Yeah, so we're monitoring Greg, like all the NBA teams are, but we have no attempted to sign him," Ainge said. "But we are monitoring him and having (conversations) with his people just to see where he's at."

Oden, 24, has already undergone three microfracture surgeries during his NBA career. He hasn't played in an NBA game since 2009, and would most likely be unavailable for the Celtics until the beginning of next season.


"I don't think (he'd be ready to play this year)," Ainge said. "I don't know any of that for sure, but I would suspect that anybody that would sign him would have their eyes looking more towards his contribution in the future than now."

Although Oden's career in the NBA has been brief, Ainge has enjoyed the talent he has seen in the young big man.


"I think there's been stretches, very few stretches, where he's played excellent ball," Ainge said. "He's been a terrific defender and a fantastic offensive rebounder and just a real big, strong presence on the inside. I think that he's been that."

The Miami Heat and Dallas Mavericks are the other teams rumored to be interested in Oden. He's played 82 games throughout his career averaging 9.4 points, 7.3 rebounds, and 1.4 blocks in 22.1 minutes per game.
Posted by Josue Pavon at 3:42 PM