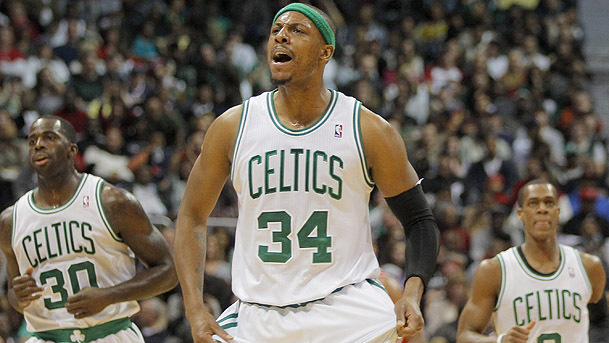 Down 19 points in the second quarter, it looked like the Celtics were falling into another embarrassing double digit loss. This one would have been absolutely deflating, especially after the great win over the Pacers the night before. The Celtics limped into halftime trailing 53-38. And what happened next could have just saved this Celtics season.

We were kind of bickering at each other a little bit too much, figuring out what defense we were going to run," Pierce said. "And I just had to say that the fight ain't with one another. It's against the other team on the court."

The Celtics certainly responded to their Captain and Coach. They came out rejuvenated in the second half and dominated the Hawks. The Celtics  outscored the Hawks 33-9 in the third quarter and didn't look back. They improved to 16-17 on the year and put their first set of back to back wins since November in the books. 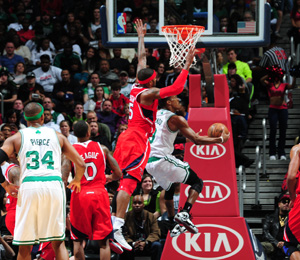 The Celtics got the kind of contributions from their big three they they need to be successful. Rajon Rondo put up 14-10-11 and got his 2nd triple double of the year.  Paul Pierce chipped in 26 points, while also adding 9 rebs and 5 assists. Kevin Garnett was quite effective on 7 of 12 shooting and finished with 14 points while keeping the Hawks Center AL Horoford in check all night.

Could this be the turnaround game for the Celtics this season? Reminiscent of the Magic game last season, when the Celtics fought back from being 26 down to find a win and really rejuvenate the season.

Since the return of Avery Bradley, it looks like the Celtics have really made an effort to defend at a 'Celtics of Old' level. He hasn't seen much floor time in the three games. Bradley's only playing about 20 mins in each game, and still working out his kinks offensively,  but his affect on the Celtics team defense has been very evident.

It's not just Bradley who is now playing ferocious defense for the  Celtics. Rondo, who i have been critical on being lackadaisical on the defensive end all year, was diving for loose balls and seemed to feed of Bradley's energy. 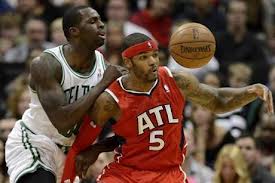 One interesting factor to watch going forward will be the competition between Brandon Bass and Jared Sullinger. Sully is pushing Bass to prove to Doc and his teammates he deserves to be in the starting lineup when the hungry rookie breathing down his neck. Bass is certainly a more offensive threat when he's on but Sullinger's hustle and knack for being in the right place for the rebound could force Doc's hand into making a swap.

Bass definitely proved his worth last night, nailing the mid range jumper that was automatic last year, with ease.  He put up 10 points shooting 5 for 6 on the night. Sully was great as well and  put up 8 pts and 9 rebounds, 4 on the offensive end.


Next up for the Celtics is a trip to Madison Square Garden against the Knicks. Another playoff team that the Celtics will have to prove they can compete with. The Celtics need to turn the season around, and quick. What is a better way to do that than beat the 1st place team in the division, get back to .500 and also get their first 3 game winning streak of the year.

Posted by SeanDutra at 9:38 AM