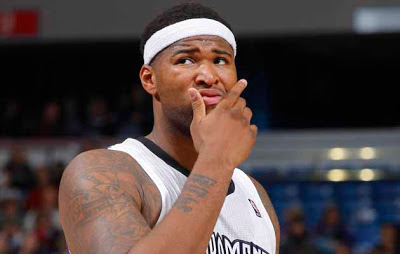 The Celtics are rumored to be very close to acquiring Sacramento Kings' star DeMarcus Cousins, according to a source of NBAonNBC.com.

Cousins, who has been linked to trade rumors since December could be on his way to Boston. According to an unidentified source, Celtics president of basketball operations Danny Ainge is working to complete a deal with Sacramento that could be done as early as Monday morning.

Jeff Green, Jason Terry, Jared Sullinger, and Courtney Lee are among the players rumored to be involved a blockbuster deal for Cousins. Bradley, who has recently recovered from shoulder surgery and is back with the team, is rumored to be the only potential holdup in the deal. Ainge is not willing to part ways with his third year guard, but is pushing Courtney Lee as a consolation piece for the Kings.

Although there may be some truth to these reports, there would have to be other players involved in order for the trade to go through. The contracts of the Celtics players involved do not match Sacramento's salary cap, and for the Celtics to give up their only backup for Pierce (in Jeff Green) wouldn't make much sense unless the Kings dealt a guard, a forward, or both, in return.

Kings guard Tyreke Evans or forward Francisco Garcia would have to part of this trade. John Salmons could be another potential piece as well, but Evans would definitely be the second best player to Cousins in this trade scenario.

Cousins would instantly improve Celtics' production in the post. He is also a good rebounder who could help Garnett defensively in the paint. But is he worth nearly the entire Celtics bench? Tyreke Evans should be included in order for Ainge to even consider such a trade. However, Kings wouldn't deal Evans unless they received the player that's supposedly holding up the trade; Avery Bradley.

Cousins, 22, is averaging 17.4 points and 10.3 rebounds per game for the Kings. He was recently suspended by Sacramento for getting into a verbal exchange with head coach Keith Smart but has played well since returning to the team.

He has posted six straight double-doubles and one triple double in the past six games.