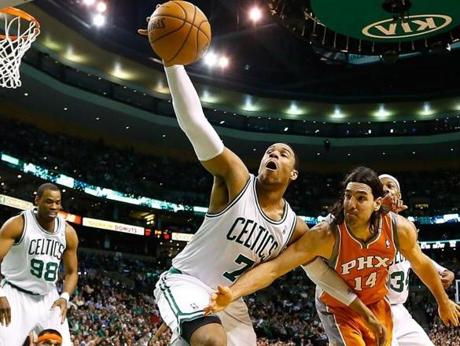 Other than one blip at the beginning of the third quarter, the Celtics dominated the Phoenix Suns on Wednesday night.
Led by Jeff Green, Jason Terry, and Jared Sullinger,  the Celtics bench came up huge. Boston's starters were able to enjoy the view from the sidelines as the back ups guided the Celtics to victory.
Green had 14 points including a back to back jam session in the third quarter. He looked confident and was showing flashes of the Jeff Green we saw in the preseason. This was a welcome sign for the fans at the Garden last night. There was a buzz every time he had the ball, as everyone was in waiting for another spectacular play. What made it better for Jeff was it all happened on the one year anniversary of his open heart surgery that he still bears a large scar on his chest to remind him about it everyday. 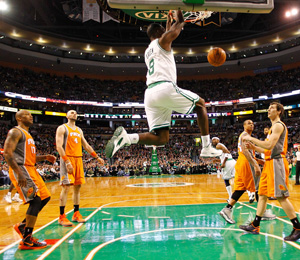 "I can't put it into words. I mean, it's a wonderful day," said Green, who missed all of last season. "I reflect a lot on what I've been through and it's just a blessing and I'm glad I'm here."

Jason Terry was hot from the outside and also showed his promising mid range game that had the Celtics excited about his arrival in the off season. He put up thirteen points while also grabbing five boards and dished out 5 assists.

The star of the night was rookie Jared Sullinger. He put up his best game of the season with 12 points and 16 rebounds. He was a pain to deal with in the paint and seems to be gelling with the reserves and taking the scrappy undersized forward to heart. He was up against Marcin Gortat, which has been a name thrown around in trade rumors, and really shut down the Suns big man in the second half.

It was a game that the Celtics should have won, and win handidly against a weak Suns team. Yet its been consitency they having been searching for all year and no let downs, and they may be showing signs. They were able to win their 4th straight, get back over .500 and give the veterans a rest. 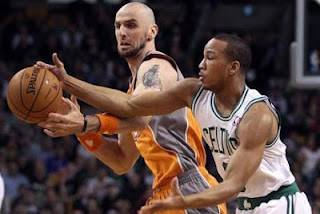 Paul Pierce and Kevin Garnett played under 30 minutes each. Rondo was even able to rest playing only 31 mins.  Leaving the Suns on the plane out of Boston, knowing they were outplayed by the Celtics backups, Coach Alvin Gentry had this to say: "I think it would be a little bit easier to swallow if it would have been Paul Pierce or Kevin Garnett. At the end of the day it was their bench that really hurt us the most."


The Rockets are on deck for the Celtics as they look for their fifth straight victory.
Posted by SeanDutra at 11:33 AM