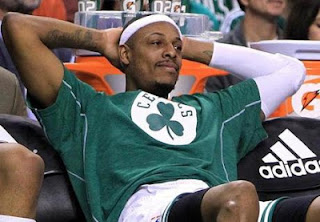 Celtics bounced back from a slow offensive start by dominated against the Pacers, while cruising to a 94-75 win and ending their dreadful four game skid.


Rondo added 18 points, seven assists and five rebounds. He did exactly what the Celtics needed him to do on both ends of the floor. Rondo scored the ball and guarded the perimeter alongside Avery Bradley, ultimately making it tough for Indiana to hit shots. Celtics held the Pacers to a season-low 31.8 percent shooting.


"You could tell we needed this win, and that's how we came out tonight, Garnett said. "We needed a win. Tonight was the night to stop the bleeding. I felt like we did that."

The Pacers' 75 points were the fewest points Celtics have allowed all year. By halftime, the Celtics held the Pacers to 35 points and were quickly increasing their lead over the Pacers throughout the third quarter.

Hansbrough led the Pacers in scoring with 19 points, and took a forearm to the face from Garnett in the fourth, which forced KG to miss the rest of the game and TD Garden's Gino video. Unfortunately it was only the second time the video has been played this season.

Coach Rivers thought the referees were trying hard to keep the game in their hands. Both teams were becoming physical in the second half. 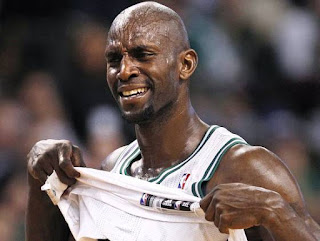 "I think he was thinking, 'I'm going to do him a favor,' because it was getting chippy," Rivers said.

Garnett said he was merely trying to to knock the ball away. And that he wasn't trying to hit Hansbrough.


"I took a shot to in the head," said Hansbrough. "I had to take care of myself. I wasn't really concerned about retaliating at the time. I was just making sure I was OK."

Celtics not only prevented the Pacers from shooting the ball well, but also outscored Indiana in the paint 44-32. Defense leading to offense has always been a motto for the Celtics and it was great to see it last night, when they needed it the most.


"I give credit to Boston's defense and bouncing out of their slump. We knew it was going to be a tough game," said Indiana's coach Vogel. "We knew they got championship level people over there with great pride and great experience, great know how. And you know it was only a matter of time before their defense bounced back, and it bounced back in a big way tonight."

The bright side of Garnett getting ejected last night is that he got extra rest. Pierce and Rondo also didn't finish the second half of the fourth quarter, which will definitely help when they travel to Atlanta to play the Hawks Saturday night.

Celtics will need all the rest they can get with the next two games on road, starting with Atlanta and ending in New York Monday night against the Knicks.


Pacers have been a tough team this season. They're leaders of their division and are always a tough matchup for the Celtics. This was a big win. Although the Celtics are far from reaching their full potential, this was comforting with the next two games on the road... Consistency has been the the key word for this year's Celtics. Of course the winning hasn't been consistent but neither has the rebounding, scoring in the paint, and turnovers. Last night Celtics improved in all of those areas. Celtics grabbed 49.. yes, 49 rebounds! 12 of them were offensive, what a great sign. They also had 14 turnovers, which is Doc's goal every game. I could get used to this.