Report: DeMarcus Cousins narrowed his decision down the Warriors and Celtics 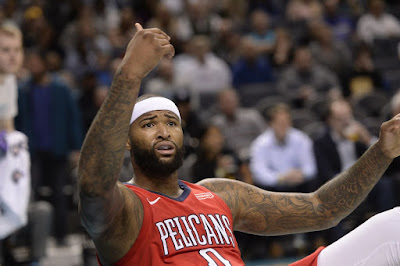 DeMarcus Cousins considered becoming a member of the Celtics.

Before ultimately agreeing to a one-year, $5.3 million deal with the Warriors, Cousins reportedly narrowed down his choices to the Celtics and Warriors, according to ESPN's Chris Haynes.

However, this report was misconstrued Monday evening after the news broke that Cousins was joining forces with the champion Warriors. According to Adam Himmelsbach of the Boston Globe, the Celtics never made an offer for Cousins.

The Warriors and Cousins came to an agreement so quickly that by the time the Celtics learned that Cousins was interested in coming to Boston, he had already committed to Golden State.


According to a league source, the Celtics never made an offer for DeMarcus Cousins. They’d heard he might have interest in Boston, and by the time they started to look into it, he was a Warrior.
— Adam Himmelsbach (@AdamHimmelsbach) July 3, 2018

The fact that Cousins considered the Celtics as an option is an intriguing one. If Celtics president of basketball operations Danny Ainge had a mutual interest in Cousins and if the timing was better, things could have been very different.

However, this may not have been the case. If Ainge was set on bringing in Cousins, he probably would have done so, in my opinion.

Ainge isn't one to leave any stone unturned in his pursuit of another Celtics title, and he's made it clear that he's confident that his roster -- as currently constituted -- is deep enough to achieve the franchise's 18th banner next season.