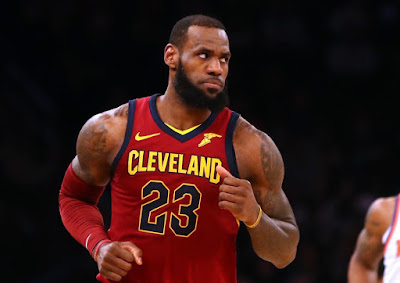 LeBron James made his decision -- he will be joining the Lakers.

The signing takes James out of the Eastern Conference for the first time in his career. This will be his third team in eight years, paving a path for the up-and-coming Celtics to emerge as the new favorites to win the east.

James, who has eliminated the Celtics three of the last four Celtics postseasons as a member of the Cavaliers, will head for California and attempt to dethrone the champion Warriors.

Meanwhile, Kawhi Leonard has made it clear he wants to play for the Lakers even through the Spurs reportedly are not interested in trading their All-Star to a Western Conference contender. If the Lakers can somehow pry Leonard away San Antonio, Los Angeles will be a legitimate threat for the champion Warriors, if not, Leonard will have to wait a year to join James.

However, it's going to be a daunting task for the Spurs to find a team willing to give up much for a one-year rental in an All-Star who will eventually head to Los Angeles to join forces with the best player in the league.

There's even been talks about a possible Chris Bosh comeback. After leaving the NBA in 2016 due to blood clots, Bosh has been in contact with the league about making a return, according to Sean Deveney of Sporting News.

One name to keep an eye on to join LeBron James with the @Lakers , a source noted: Former @MiamiHEAT teammate Chris Bosh, who is seeking a return to the league after leaving the game as he was dealing with blood clots.
— Sean Deveney (@SeanDeveney) July 2, 2018


This is James' third team in eight years. His name will join a long list of great Lakers that came before him, including Kobe Bryant, who took to Twitter to congratulate James.