Marcus Smart will play in Game 4 vs Bucks 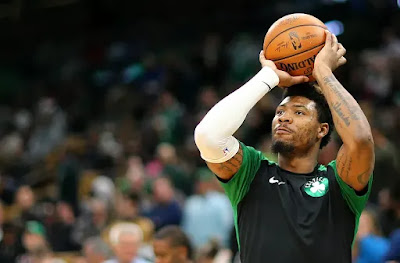 Marcus Smart will be available for the Celtics in Game 4 against the Bucks Monday night.

Team officials confirmed moments before Brad Stevens' pregame press conference that Smart will be in uniform for the Celtics. He will come off the bench and be on a minutes-restriction, per Stevens.

After Milwaukee's second unit outscored Boston's reserves 42-16 in Game 3 Friday night, the Celtics can certainly use all the help they can get from the bench and adding someone like Smart who brings energy and strength on the defensive end of the floor could certainly make an impact throughout his short stints.


"He's obviously a very good player, very good defensively," Bucks head coach Mike Budenholzer said in his pregame press conference. "He does a lot of things on the court to help them. We kind of play the way we do and hopefully we're prepared for the Celtics."

Boston will look to even up the series at two games apiece before the series shifts over to Milwaukee for Game 5 Wednesday night.