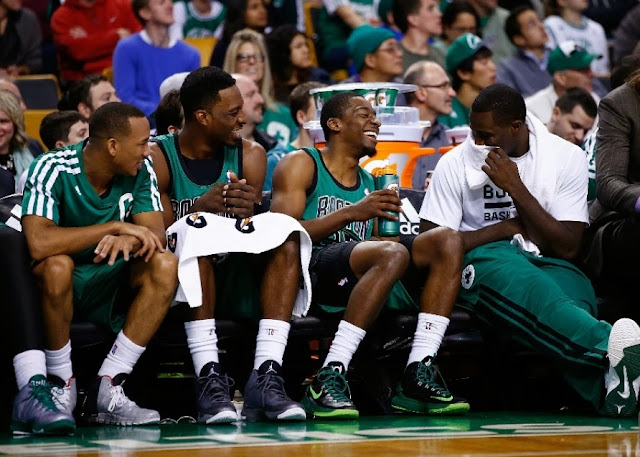 Boston - The home crowd at the TD Garden got an early holiday present last night, as the familiar sounds of the Bee Gees blasted through the sound system and the sights of a shaggy man in a bread wearing a tight tan shirt that read “Gino” began to play on the jumbo-tron. It’s been a long time coming, as the Celtics blew out the visiting Cavaliers 103-86 and Gino Time was in full affect from the fans in the stands to the players on the bench shaking their hips in a celebration of the huge win.

“Nobody told me about that,” first year coach Brad Stevens said after the win. “Maybe they thought we wouldn’t have a game out of reach.”

Rajon Rondo who enjoyed the game in street clothes has seen a lot of Gino over the years;


“They don’t know about Gino,” said the injured point guard. “We’ve got to get a couple of more wins.” 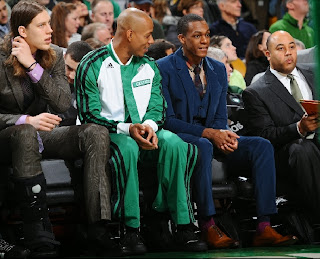 Boston jump out to 18-2 lead to start the game and never looked back. Jeff Green scored a season high 31 points, the most by any Celtic this season. While Jordan Crawford scored 11 points, grabbed 11 rebounds, and dished out 10 assists for his third career triple-double and his first as a member of the Celtics. Avery Bradley continued his hot shooting going 9-for-11 for 21 points giving the home team its third win in four games.

They never trailed in this game as they maintained a double-digit edge the entire 48 minutes.

“We got great defensive stops to begin the game with. That’s how we got that lead,” said Green. “We are finally putting everything together. We’ve had our ups and downs throughout the season…but it was good to put an all-around good game together.”

Stevens said he was surprised to hear that Crawford had reached the milestone and called his performance “shockingly effective.”

Dion Waiters scored 21 points while Kyrie Irving struggled with only 17 points (15 of them came in the first half) for the Cavs, who have lost their fifth straight game and fell to 1-9 on the road this season. Cleveland scored just 10 points in the first quarter, and the lost marks their eighth in nine games. 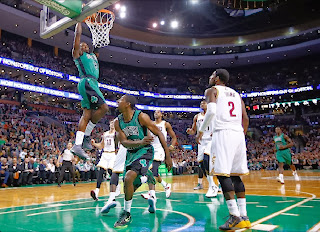 The only run the Cavs made was in the middle of the second quarter as they went on a 16-6 run to cut a 20-point deficit to 10. But the Celtics scored the next eight points, including a 3-pointer and a layup by Green.

All five Celtics starters scored in double figures, and the team shot 50-percent for the game while going 11-for-23 from behind the arc, as the team is 7-11 on the season and a half game out of first in the Atlantic Division. Next game is tonight as the team travels to Milwaukee to take on the Bucks as this 19 game schedule for the month of November (5 games in the last seven days) comes to an end.

The Celtics as a team had 26 assists and grabbed 47 rebounds, as they stayed aggressive moving the ball and going to the basket the entire game. Friday night’s 23-point win marks the largest win of the season so far. Courtney Lee missed last night’s game due to a sore left knee. Kelly Olynyk missed his fourth straight game with a sprained right ankle. Boston will be the first team in the NBA to play 19 games after tonight.