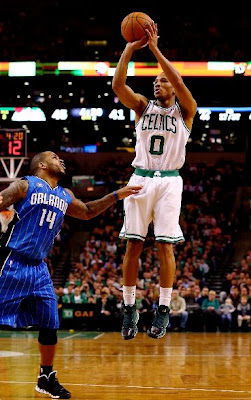 After struggling out of the gate to get any production at all from the point guard position, Brad Stevens just may have found his man  to fill the void until Rajon Rondos knee is ready to go. Jordan Crawford stepped up to the plate and showed poise, leadership, and versatility, while the playing the point for the C's and led them to their fourth straight victory against the Orlando Magic 120-105.

Distribution is certainly not Crawford's M.O. in the past, but he lead the C's with a 16 point, 10 assist performance, complete with a handful of eye popping assists. What was most impressive, is that he took care of the basketball all night and did not turn the ball over all game. 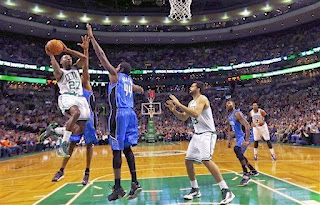 (Wait, really? I got to double check that.)

JORDAN CRAWFORD DID NOT TURN THE BALL OVER!!!!!!!!

This is really good news for C's fans as Jordan Crawford who in the past was extremely frustrating to watch at times,  is maturing right before our eyes. He looked in control all night, except for a few rushed three point attempts, and a very avoidable technical foul (Jordan being Jordan?), but other than that he was the star of the game.

Not only did Crawford have his breakout game of the year,  he allowed Avery Bradley to slide over to his more comfortable 2-guard position. Bradley has shown how he is infinitely more effective with out the responsibilities of ball handling and running the offense. He scored 24 points, leading the team, and was his usual pest of defender all night, racking up 3 steals. 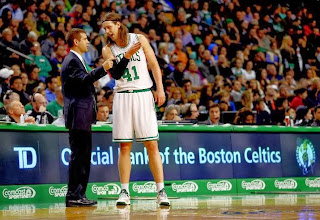 The Celtics have denied all odds in this early season and have improved to 4-4 after a tough 0-4 start. They are actually in first place in the Atlantic division right now, which I'm sure Brad Stevens himself wouldn't have predicted a week ago.

It wasn't all Crawford and Bradley tonight for the C's, as they notched 7 players scoring in double figures and 10 players scoring a point.  Jeff Green kept up his streak of solid performances up scoring 16 points, while Jared Sullinger continued to show his grit scoring 14 pts, on 7-9 shooting and brought down 5 boards.

Also, Kelly Olynyk may have had his most productive day as a pro shooting 77% from the field and scored 16 points, 6 rebounds, and 5 assists in 26 minutes. 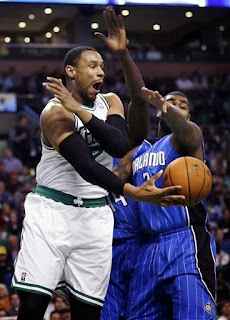 Not a lot to complain about in this one if you are a follower of the Green. This team has become a very relatable, watchable, and flat out entertaining squad that is really refreshing to see. It was a very complete team win for the Celtics tonight. Brad Stevens wont show you that he's happy by cracking a smile but you know deep down he can't ask for much more from his team after a performance like that.

The Celtics will look to build off this win as Charlotte comes to town in game two of the current three game home stand.


Posted by SeanDutra at 11:02 PM
Email ThisBlogThis!Share to TwitterShare to FacebookShare to Pinterest