Darko May Be Leaving Celtics; Gortat to Join? 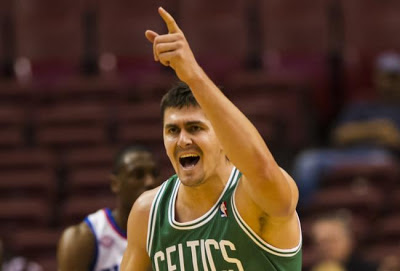 It hasnt been a great start for Darko in Boston. After a promising showing in the preseason and lofty expectations to contribute on a nightly basis for the Celtics, Darko has barely seen any time during the regular season.
Darko may never have the chance to live up to those expectations in Boston, as he is rumored to be contemplating leaving the C's to be with his sick mother in Serbia. This is according to Yahoo! Sports.

If this is the end for Darko, he has cemented himself as one of many disappointments after being drafted so high in the first round. It's been said a million times, but Darko was drafted # 2 overall before Carmelo Anthony and Dwayne Wade in the 2003 NBA Draft.

The Celtics have failed again to find a legitimate back up center. Put Darko down in the books a long with the Ryan Hollins, Patrick O'Bryant's, and Semih Erden's of the world. 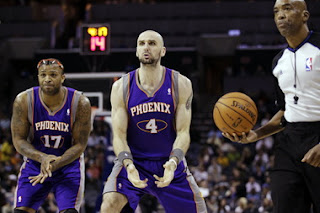 In other European center news, the Celtics have been rumored to be interested in Marcin Gortat. If the Celtics can pull a trade with the Suns without giving up any major piece, this could be a huge boost to the C's rotation. Gortat is a proven rebounder, and can score in the low post. Hes averaging 10ppg and 9.8 rpg.

Gortat, who recently complained to a local polish newspaper about his role in Phoenix has suddenly landed on Phoenix's trading block.

I wouldn't get my hopes to high for this Polish savior. The asking price is way to high, as it is rumored that Avery Bradley and Courtney Lee would have to be involved. We'll keep an eye on this as the season continues and the asking price dwindles.
Posted by SeanDutra at 8:29 PM
Email ThisBlogThis!Share to TwitterShare to FacebookShare to Pinterest