"Like" Causeway Street on Facebook and send in your question. We'll be answering the best 3 questions every Friday on what we call 'Causeway Street Weekly Big 3' 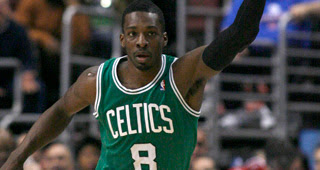 Are you concerned about Jeff Green and his contribution?

Joel: I feel what is getting in the way of Jeff right now is Jeff. It's all mental at this point in the young season. People have to realize he was playing heavy minutes in the preseason, plays were set up for him, plus he even started a few games. He was able to shine because he probably was the go-to guy and the main source of offense. On a deep team such as this year's Celtics, you want to challenge your bench because you already have a pretty good idea what you are going to get from your starters. Such was the case with Doc and letting Jeff run wild in the eight games before the season opener. He has such a great training camp, especially coming back from such a serious surgery, he felt like he had nothing to lose and all to gain. Now Green just has to let the game come to him. He has to be instant energy off the bench and spell Paul, and prove to himself he is a vital part of this team, and not to worry about anyone else. I'm not at all concerned with his contributions thus far, he has to stop thinking as much and play the game. Ask me in a month if he continues down this path, but I doubt we will be asking this question!

Dutra: Absolutely. Yes it is early, but Green has done nothing to prove that he will be worth the investment. It's not the numbers that scare me, it's the body language and the lack of effort he's shown so far. He's struggling, which is understandable, but so was Jason Terry. The difference was that Terry still hustled and was visibly frustrated by his performance. I don't get the same feeling from Green. I'm not giving up on Green be a big part of this team, but he needs to show something soon.

Josue: No, not at all. I expected a slow start from Jeff Green. I think he's feeling the pressure of having to perform at a high level. Although he played well in the preseason, I think his contract is what is adding more pressure. He's the fourth highest paid player on the roster and Green knows the city is counting on him to play well this season, and he will. It's just going to take a little more time, but when he does get it going, look out! We'll be forgetting all about his first couple weeks of the season. 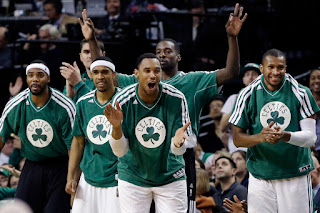 Who do you want to start, Bass or Sullinger? (Sullinger started in the past two games against Washington)

Joel: I think this question will be asked for a good part of the season, my answer for the most part is Bass. Brandon plays better when he starts; he gets into a better rhythm. Doc knows this game is all about matchups. He believed the two games versus Washington, Sully would create matchup problems for the Wizards' frontline. Then again, Nene was out and who knows if Bass would have started instead. I've said it before and I will said it again, in Doc I trust. This is just as much of a learning curve for Doc and his staff as it is for his players when it comes to combinations and what works well and what doesn't. Personally, I don't want Jared's head to swell this early in the season. We all know how the media likes to hype things up. I also don't want either players to lose confidence. There is a fine line between personal ego and team success. Doc knows he has his hands full, but he has to trust in his players and they have to trust in him. I feel like he will play it by ear when it comes down to what team the C's will face, and then he will go from there on who starts and who comes off the bench. Just wait until Bradley comes back!

Dutra: Sullinger. The only reason being is that Sullinger is most effective when Garnett is out on the floor. He would have to worry about one thing; rebounding the basketball. This will allow Doc to slowly incorporate him into other roles, but it's great to see the young guy get a shot.

Josue: Bass. Throughout Bass' career, he has always been a role player. In Dallas he averaged no more  11 minutes a game and in Orlando, he played less. Bass' confidence is high and because of his consistency last season, I think Bass plays great with the rest of the starting lineup. He's also a better defensive player when he's alongside KG. And although it's not looking great at the moment, his jumper will improve this year. Sullinger is a good rebounder, and a player who will continue to get better, but doesn't fit in well with the starters offensively. 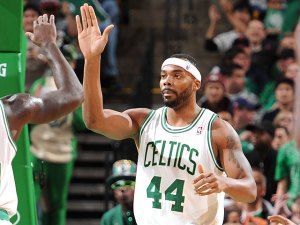 Who should get more minutes? Barbosa, Green or Wilcox?

Joel: This is a tough one, but I'm going to say Wilcox. Mainly because out of the three, Green will get the most minutes by default because he is the only true "backup" to Paul Pierce. From there Doc can get creative because Wilcox can play the four or the five. We saw it briefly last season when you had Rondo, Pierce, Bass, KG and Wilcox, all on the floor at the same time. That's a pretty good group that can run with Rondo. In just three minutes and 24 seconds, Wilcox contributed six points and a few rebounds in Wednesday night's game. It's fair to say a big that can run the floor and rebound (even on the offensive glass) is a very good thing to have, especially, if he stays healthy. The plus-minus numbers will not be so great when KG is not on the floor. Barbosa will see his fair share of minutes depending on how hot he gets shooting wise. We saw that versus Miami. Sometimes all Doc needs at various times is instant offense and the "Jet" is another example. As the season goes on, different people will be called upon for different things. We all will have to wait and see.

Dutra: Wilcox. Guy was a spark plug the other night. Plus, he's a big body capable of playing center. Huge need for the Celtics, they have plenty of swingmen they can go to, but not enough bigs!

Josue: Barbosa. Between him and Wilcox, it was close but since we're only in week 2 of the NBA season, I think Barbosa is the player who needs more minutes on the floor. Due to his injury, Doc doesn't want to rush Wilcox, and I'm OK with that. Minutes will come for Wilcox. Barbosa on the other hand is someone who I think should be on the floor alongside Terry a lot more often. Terry scores a lot easier when Rondo isn't on the floor with him. Barbosa is someone who will space out the floor (because of shooting ability) and make it easier for players like Terry and Green to cut to the hoop. What I love the most about Terry is that he can shoot from anywhere on the floor, Barbosa makes things a lot easier for Terry and can rotate the ball very well for the bench. Barbosa is not getting enough playing time. He can also get going in a matter of minutes offensively (we've seen it in Miami already), and help teammates like Terry and Green, do the same.


Posted by Josue Pavon at 5:39 PM
Email ThisBlogThis!Share to TwitterShare to FacebookShare to Pinterest