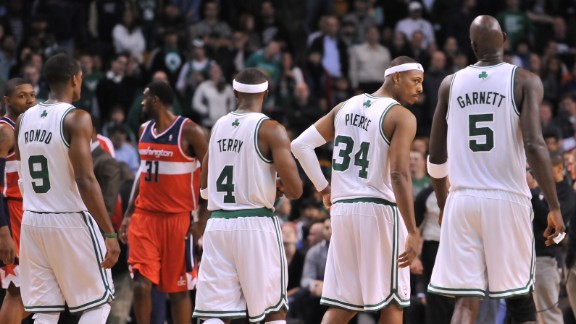 Luckily for the Celtics, they wont have to deal with this pesky Wizards team again until April. For the second straight game, Boston squeaked out a win against Washington, but this time needed overtime to seal the deal.

It was eerily similar to the game only a few nights before. The Celtics were able to get out in front early, yet keep the door open for the Wizards to storm back.  Now obviously the Celtics would have liked to keep their foot on the gas and not let the Wizards keep it close, but the Celtics' got the victory and that's all Doc Rivers' group cares about.


"We're not playing great. It's good to win a game like that...we've got to get more guys that play harder, better. I don't care if we play "well" or not, because that's just human," said Rivers.

The Celtics obviously have to improve in multiple areas but here are a few things we can take from the game last night.

The Celtics got solid contributions from their bench. 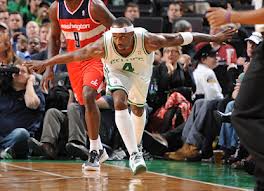 Probably the first game all year, we saw the bench live up to all the off season hype. Jason Terry poured in 16 points, which is a great sign for the backup guard. Terry was struggling to find his stroke in the first three games of the season. Maybe this will be something he can build off of going forward.

Also Brandon Bass was very solid off the bench. He not only chipped in his very Brandon Bass-like 11 points, but really helped out on the glass. He grabbed seven boards, which is something the Celtics desperately need. If Bass can contribute on the glass consistently, it will be absolutely huge for this second units success. 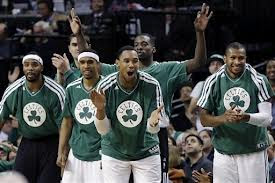 Probably the most overlooked contribution last night, may have been the most important. Chris Wilcox only played 3:40, but he was the Celtics MVP last night.

Wilcox came in the game and injected his presence and energy immediately. Doc Rivers said after the game, "I thought Chris saved the game for us single handedly with his effort."

Rondo is gaining confidence in his outside shooting. 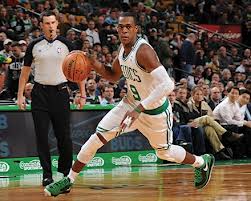 Rajon Rondo did a lot of positive things for the Celtics last night. One thing that was glaringly obvious was his confidence with his outside shot. Last night Rondo put up 8 jumpers, made 4, which in some eyes may not be anything to get excited about.

However, the Celtics need Rondo to have the confidence to shoot the outside shot. If he is shooting 50% from 12 feet and out, defenses will have to respect that part of his game. That would be huge for the Celtics as they get deeper into the season. It would open up a lot for Garnett down low, and put them in a lot more pick and roll opportunities. 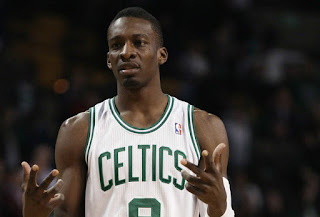 Green looked out of touch again last night. For some reason, Green has just been off the first four games of the year. He had 6 points on 3 of 6 shooting last night. He's making $9 mil a year, Green needs to produce at a higher level.

Maybe he's still adjusting from missing all of last season, but if he doesn't adjust quick he will be hearing it from not only the fans, I'm sure Danny and Doc will surely remind him that his grace period is quickly ending.

Top Three Stats of the Night 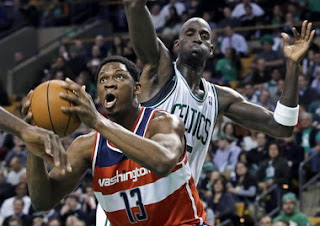 3. Chris Wilcox's 6 points, 2 rebounds, 4-5 from the chairity stripe, in only 3:40 seconds is still my favorite stat line of the night. It sparked the Celtics on a 10-2 run. Yes, I understand I am repeating myself, but Wilcox was huge last night. Not sure if there is any health issues lingering here but he should play more than three minutes game going forward.

Posted by SeanDutra at 10:13 AM
Email ThisBlogThis!Share to TwitterShare to FacebookShare to Pinterest