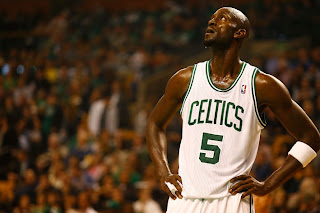 The 76ers had an answer for every run that the Celtics had last night.

Evan Turner and Jrue Holiday led the way for the 76ers. Turner finished with 25 points, 11 rebounds and Holiday added 21 points with 14 assists.

Celtics made several fourth quarter runs, but the 76ers offense was too much. Celtics cut the lead down to four twice in the fourth. But couldn't stop the fast break. 76ers finished the game with 26-fast break points.

"I just kept telling my guys, just try to keep it in perspective when they went on those runs so it doesn't seem like the house is falling down on top of us," said Philadelphia coach Doug Collins.

Philadelphia lead pretty much the entire game. The Celtics' only lead was in the middle of the first quarter. 76ers' biggest lead was by 16. Although they dominated throughout the game, the Celtics did their best to not let it get any worst than 16 points. But Pierce and Garnett were the only consistent scorers.


"They beat us in transition. I think it's pretty simple. They got a lot of secondary early breaks and just beat us down the floor and they attacked. That's the first part of our defense. It let us down tonight... I though we hung in the game, kind of fought back," said coach Rivers. "But every time we needed a stop tonight, we didn't get it."

It's clear that it's not the offense that is becoming a cause for concern, it's the defense. Rondo, who assisted on 20 of the Celtics' 37 baskets, couldn't stay with Holiday defensively. At times it looked like he relied a lot on Boston's team defense, which wasn't there to help the young point guard.


"If we can do a better job of getting back on defense, limit the easy opportunities, we give ourselves a better chance, Pierce said. "Guys on the perimeter have to get back."

What worries the most about the Celtics is their composure on the court when Garnett isn't in the game. Garnett, who had the best plus/minus stat last season, can't be the Celtics' savior night in and night out on both ends of the floor. Throughout an 82-game season, it's important to conserve him, that's the reason Danny brought in reinforcements (Sullinger & Green). Both Sullinger and Green, are not playing well on either ends of the floor. If they can help this team defensively, Celtics will be good shape. But it's going to take time. But how long?

Celtics will play tonight at Milwaukee against the Bucks on the second night of a back-to-back. This will be a tough one for the Celtics. The Bucks are currently 3-1 and will look to beat the Celtics for the second time this season.

If your starting point guard dishes out 20 assists and two of his teammates score 20 plus points, it's a telling sign that the Celtics' defense is the biggest problem. Their just not locked in on the defensive end... Jason Terry gave the Celtics an offensive push in the second half, and kept the Celtics close. He scored 12 of his 13 points in the second half and is starting to get into a rhythm this early into the season... Chris Wilcox tallied double-figured minutes for the first time this season. He scored 6 points in 12 minutes and is looking like he's feeling more comfortable on the floor.


Josue Pavon
Posted by Josue Pavon at 2:00 PM
Email ThisBlogThis!Share to TwitterShare to FacebookShare to Pinterest