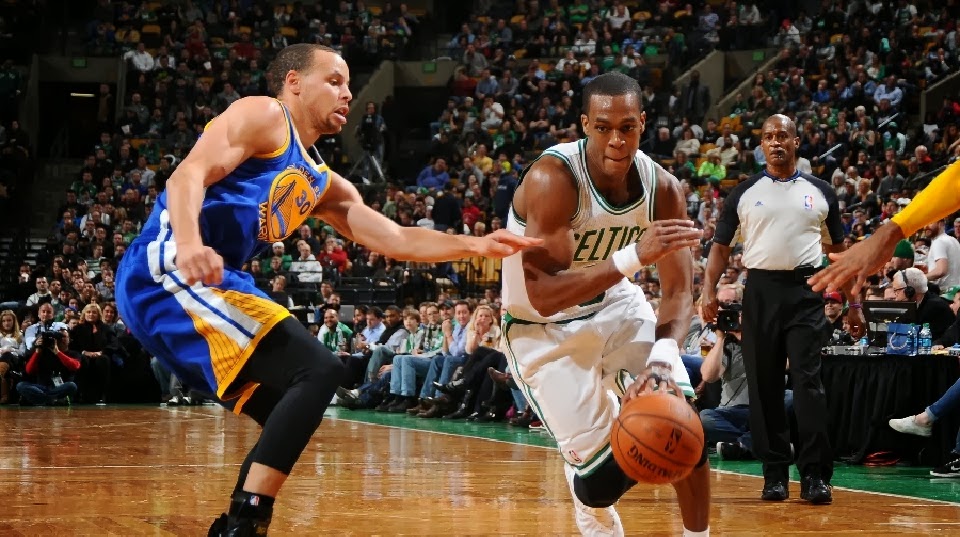 Boston – It was one of those rare nights when there were things in the arena that were more exciting than the actual game.

From the crowd chanting ‘Let’s go Tupac’ when a look-a-like of the late rapper was shown on the jumbo-tron, to the classic ‘Scalabrine’ (now an assistant coach with Golden State) chant that all who frequently attend Celtics games in the last seven years have grown accustomed to.

In any event last night’s 108-88 loss to the Warriors, was not pretty at TD Garden.

One day after the Warriors beat NBA’s best Indiana Pacers on a last second field goal, this one was an easy one for the Warriors, handing the Celtics their second straight home lost (their seventh in eight games overall). Golden State went on a 12-2 run to open up the first quarter and never looked back.
Klay Thompson and David Lee each scored 18 points, while former Celtic Jordan Crawford added 15 points off the bench, and Steph Curry had an ‘off night' for the Warriors contributing with 14 in a little over three quarters.

“I read where if we lost this game then that takes away [Tuesday’s win]. You cannot forget how tough it is to win games in this league,” said Golden State coach Mark Jackson. “Fortunately, we did not fall in love with what we did in Indy.” 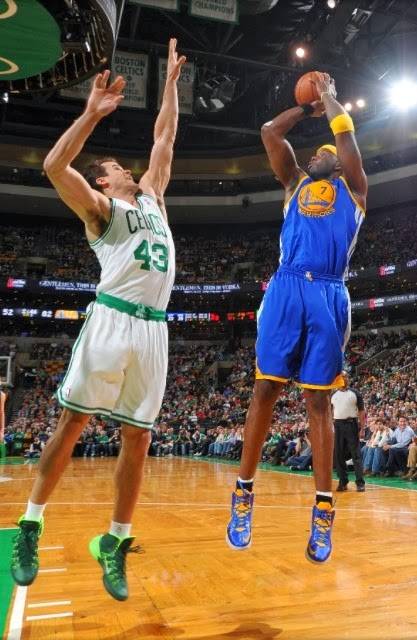 The Celtics are now 20-41 and had four days off after a great effort last Saturday night against the Pacers. Brad Stevens called Tuesday’s workout ‘the best practice of the season,’ but all of that turned into probably their worst game of the year. Kelly Olynyk scored a game high 19 points on 6-of-12 in his first game back in the lineup after missing the last two due to sprained left toe.

Rajon Rondo added 14 points and seven assists (along with seven turnovers), while Brandon Bass chipped in with 11 points and grabbed eight rebounds.

“It was a struggle for us,” said Stevens. “I’d like to find something that I could say we were better in, but there wasn’t anything.”

The game seemed like it was going to still stay competitive after a pair of free throws by Jerryd Bayless cut the Warriors lead 42-33 with 5:55 left in the second quarter. But a 19-7 run that was initiated by a Thompson 3-pointer gave Golden State a 61-40-halftime lead.

The Celtics committed 12 turnovers in the first 12 minutes that lead to 15-fast break points, while the visiting team had only turned the ball over twice. The Warriors continued putting pressure on the ball and pushed their lead to 31 in the second half. With just over five minutes left in the third, it was 80-49. Not much could be done to stop the bleeding as Stevens elected to play his second unit the rest of the way, as the Warriors picked up their 20th road win. 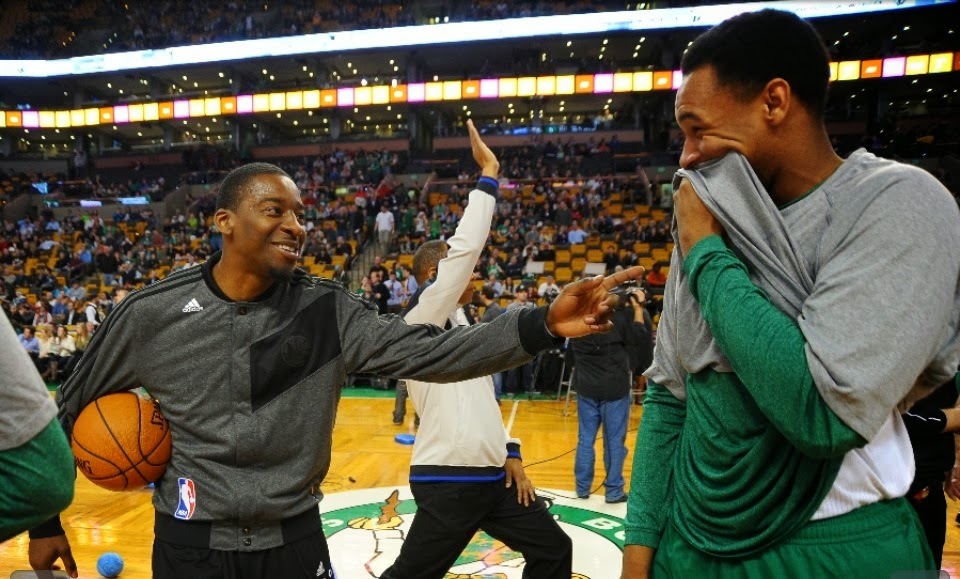 “We don’t want to keep embarrassing ourselves and that is the mentality we are going to have,” said Jeff Green who scored a whopping four points.

The Celtics are off until Friday when they meet the visiting Nets, who are climbing their way up the Eastern Conference as of late. This will be their third meeting of the season (0-2). Tip-off will be a 7:30 at the TD Garden.


Game Notes:
Boston shot 39.5-percent from the field to Golden State’s 47-percent. The Warriors finished the game with a 28-11 assists to turnover ratio to the Celtics’ 19-22. Avery Bradley had his MRI on his right ankle on Tuesday, but there is still no word on the results or his pending return.