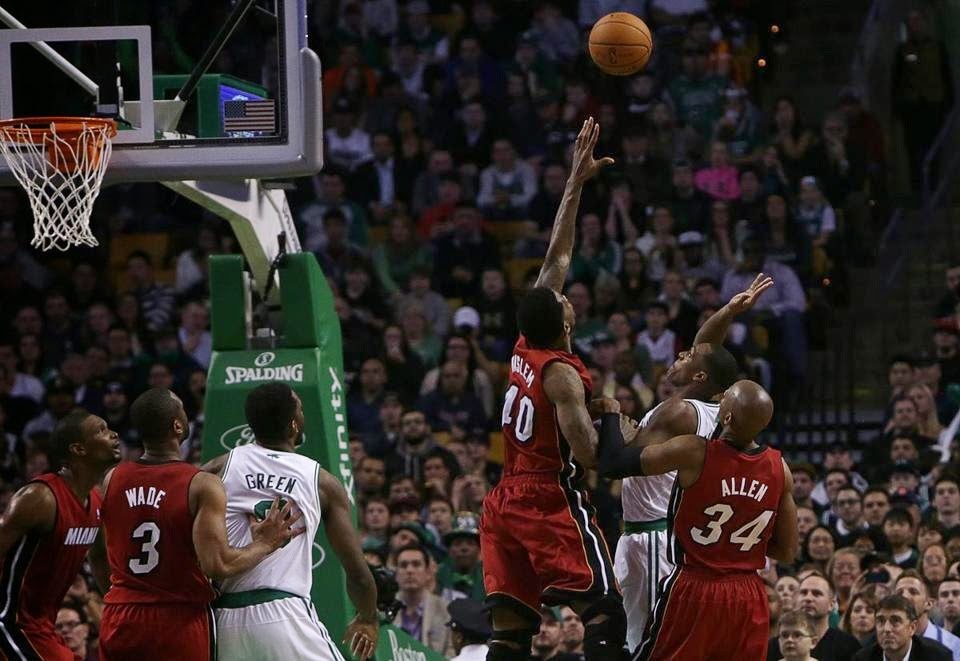 Boston – Regular season records aside, C’s versus the two-time defending champs at TD Garden was must see TV last night. Rajon Rondo proved again why he still doesn’t like the Heat after hitting two straight running baseline floaters late in the fourth to put them away in a 101-96 Celtics victory.

Due to back spasms, LeBron James was a late game scratch from Miami’s lineup shortly before tip-off. It would have been his first and only appearance in Boston this season.

That gave Rondo the green light as he played arguably his best game since returning from ACL surgery, nearly putting up his first triple-double of the year. He finished with nine points, 10 rebounds and dished out 15 assists to help the Celtics snap a five-game losing streak and win the season series against Miami (2-1). There are one of two teams in the league that have beaten the Heat more than once this season.


Avery Bradley led the home team with 23 points, including going 6-of-9 from behind the arc (a new career high in makes and attempts). Brandon Bass chipped in with 18 points, while Jared Sullinger added 14 off the bench. Five players scored in double figures for Brad Stevens, who was prepared to face LeBron, who was coming off a 43-point performance against Cleveland just the night before. 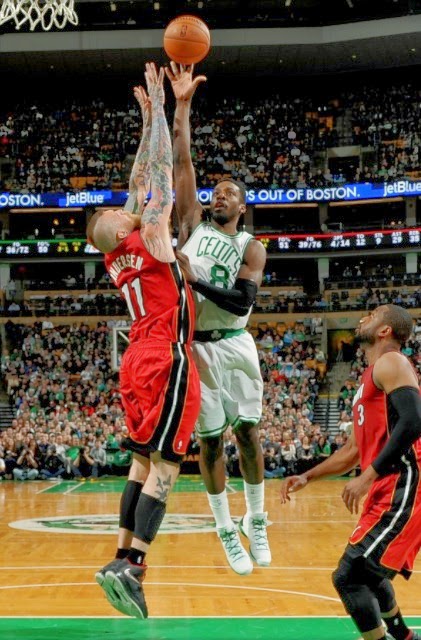 “You just move on to what’s next,” said Stevens. “We were down 12 after the first quarter, and then we hit 60 percent of our shots the rest of the way and that’s how we won.”

The Heat, who had six players in double figures, shot 40 percent in the second half, including Dwayne Wade going 7-of-17 for 17 points. Udonis Haslem finished with 14 (12 of them came in the first 12 minutes of the game) and Chris Anderson added 16 points and grabbed 8 rebounds off the bench for Miami, who are 4-6 in their last 10 games. The Heat are still three and a half games behind the Pacers for home court throughout the playoffs.

The Celtics started off the night making just 9-of-27 shots in the first quarter and were down 34-22 going into the second frame. The Heat had led by as much as 14 in the first half before Bradley and Sully got it going, hitting 3-pointers that cut the lead to a 59-53 deficit at halftime.

“I just have confidence in my shot,” said Avery as the Celtics climbed out of an early hole. “We didn’t only execute at the end of the game but we played great defense.” 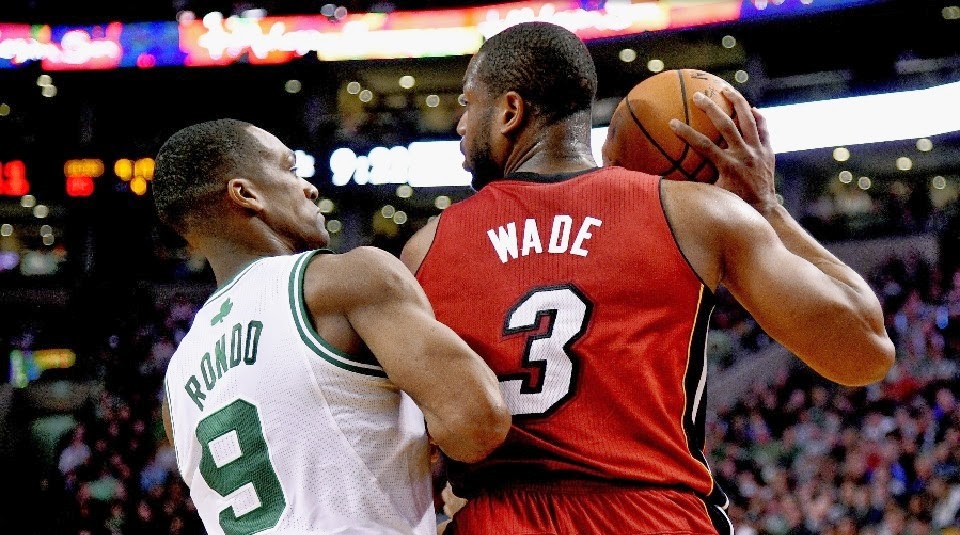 Boston outscored Miami 27-19 in the third quarter, and had a 78-80 lead going in to the fourth quarter. With 2:32 left, Rondo found Jeff Green who made a 3-pointer that broke a 94-94 tie. The Heat never lead again. Celtics’ captain hit his signature running ‘tear drop’ from the baseline. It was crucial bucket to put Boston up 99-94 with 1:44 on the clock.

Wade made a put back off an offensive rebound to make it a three-point game with 1:32 remaining. Both teams couldn't convert on the next two possessions before Rondo connected on another running floater on the right side, this time blowing by Wade and putting the ball high enough that Bosh couldn’t even reach it with just over 18 seconds left for the game winner. It capped off a great comeback for the home crowd.

Before banking the two huge shots at the end of the fourth Rondo had missed his previous four attempts, something he patiently continues to work on daily.

“That’s the most frustrating part of my game that hasn’t come back,” he said of sinking those floaters near the basket. “I expected it to be there. I made two tonight and have to continue to work on it.”

The Celtics will travel to Brooklyn Friday night to take on Paul Pierce and the red hot Nets. They look to make it two in a row as tip-off is at 7:30 PM at the Barclay’s Center.

Game Notes:
The Celtics outscored the Heat in the second half 48-37 and shot 51 percent to Miami’s 49 percent for the game. Avery Bradley started for the first time in the backcourt with Rondo since coming back from his ankle injury.