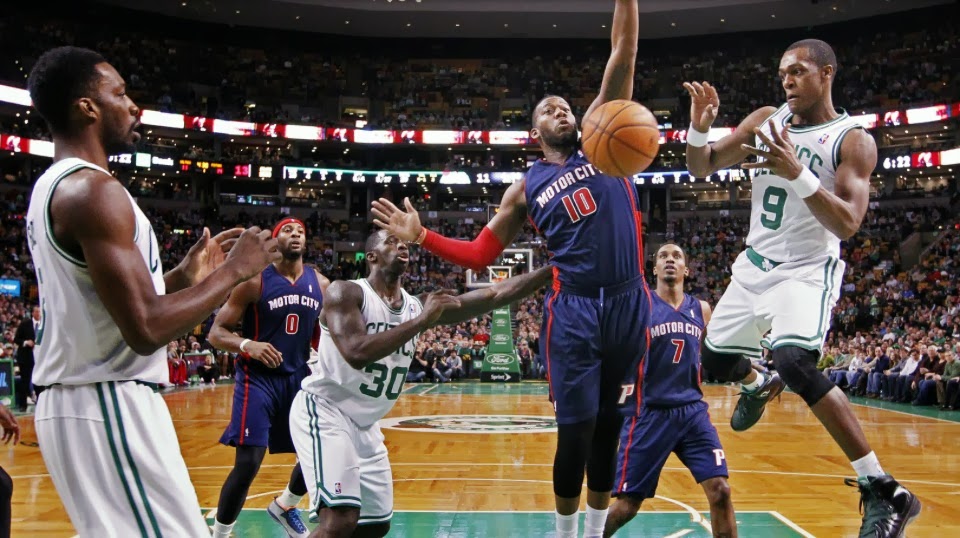 Boston – Ever heard the saying ‘sharing is caring?' The Celtics demonstrated that and more last night when every player that entered the game recorded at least one assist that lead to a 118-111 win over the Pistons at TD Garden.

Rajon Rondo had 18 of Boston’s season high 38 assists and the home team only committed five turnovers total. The captain also added 11 points and did not turn the ball over once Sunday night.

Jeff Green had it going in the second half as he finished with 27 points on 11-of-19 shooting from the field. Kris Humphries scored 20 points and grabbed 11 rebounds for his sixth double-double of the season.

“When one guy has it going as far as passing the ball, it’s contagious,” said Rondo. “We scored a bunch of points tonight. We kept on pushing. We played free and just had fun.”

Kelly Olynyk scored 13 of his 18 points in the first half, and Jared Sullinger added 14 off the bench. Jerryd Bayless in his fifth straight start contributed with 15 points and four assists for the Celtics in their second-highest scoring output of the season, finished with six players in double figures. Back-up point guard Phil Pressey handed out six assists and also had zero turnovers in the win. 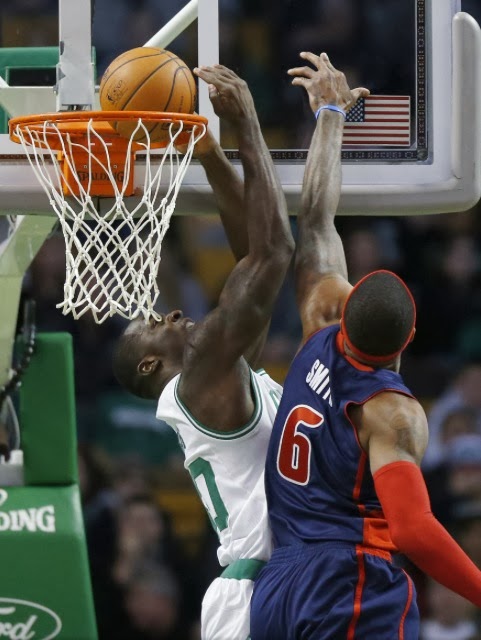 “I think we do have a pretty unselfish group moving the ball. We missed a couple of extra passes, but not very many,” said coach Brad Stevens. “It’s good to see the body movement and the ball movement. I think we’ve been pretty active on that end of the floor.”

Will Bynum finished with 18 points off the bench for Detroit who have loss their last seven of eight (10 of 12 overall). Despite out-rebounding the Celtics 54-39 and outscoring them in the paint 64-44, they also committed 16 turnovers.


“Sometimes we close out hoping they miss and I thought down the stretch of the game, we closed out trying to make them miss,” Detroit’s coach John Loyer said. “We dared them to shoot the basketball and they had a very good shooting night, but you’ve got to adjust as the game goes on and guys are shooting the ball.”

Boston shot 50 percent in the second quarter and were up 13, but the Pistons closed the half on a 9-2 run and were down 57-49 at the break. After going 2-for-14 from behind the arc in the first half, the Celtics opened up the third quarter making five straight 3s in the first six minutes. Smith pulled the Pistons within six 69-63 with 7:27 left in the quarter, but Green made back-to-back three-pointers followed by another one from Bayless to extend the Celtics lead to 78-63. 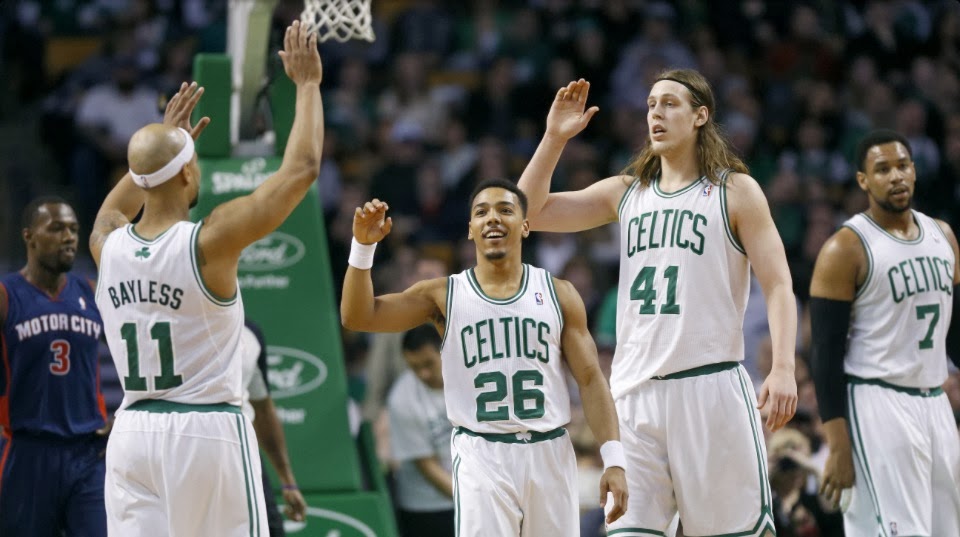 Boston finished the quarter making eight 3-pointers including shooting 15-of-22 overall and had a 95-84 lead heading into the fourth.

The Pistons pulled within four after Bynum made a pair of free throws to make it 113-109. Humphries was fouled and sealed the win for Boston after making both from the line.

The Celtics won their second game in a row and beat Detroit for the first time in three tries this season. It was their highest scoring game since beating the Orlando Magic 120-105 back on November 5th. Boston will travel to Indianapolis tomorrow night to take on the struggling Pacers, who have lost four in a row and are 1-4 since beating the Celtics 10 days ago. Tip-off is at 7:00PM.


Game Notes:
Kris Humphries scored a season high 20 points, (his previous was 19) and Rajon Rondo (4,101) passed Bill Russell (4,100) for fifth on the Celtics all-time assists leaders list. Avery Bradley’s MRI results on his right ankle came out negative and will be out an additional two more weeks. Vitor Faverani will miss the remainder of the season after having surgery to repair a torn lateral meniscus in his left knee.