Ainge sheds light on Rondo and his #44 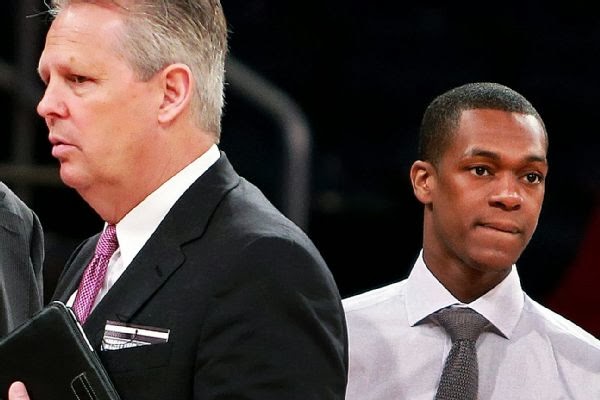 Just when we all thought ‘Birthday-gate’ was dead and buried, it rears its ugly head one more time.

ESPN Boston is reporting Danny Ainge confirmed today that Rondo had told both him and coach Brad Stevens of his plans to stay in Los Angeles one extra day after a loss to the Lakers, to celebrate his birthday and that he was not traveling with the team to Sacramento.

The point guard was not scheduled to play the following day (the second game of a back-to-back), while his teammates suffered a loss to the Kings. It has also came to light that the Celtics captain was advised that it wouldn’t be a good idea to go ahead with his plans.


"He let Brad know and he let me know, that he was going to stay in LA an extra day, Ainge said during his weekly appearance on a Boston radio station. “We didn’t think that he should, but [told him] ‘It’s your choice and there may be consequences if you stay.’ It’s that simple.” [ESPNBoston.com]

If Rajon has been reprimanded, it clearly will not be released to the public. Ainge already stated last week that these types of issues are handled internally. Based on rules of the past and the culture of Doc Rivers, this would not have been blown out of proportion like it has been. But Danny has also stated that everyone in the organization has moved on from this, and it just beating a dead horse at this point when it comes to the local media and this story.

“In the end, him and I had a long talk about it. This was all happening over the phone,” Ainge said. “He had planned it before and he had reason to believe that it would be OK. I understand his reason to believe based on where he’s been and what he’s grown up with and what he’s seen and witnessed. You won’t see it happen again, and we’ve just moved on from it.” [ESPNBoston.com]

Hopefully so can the Boston media! 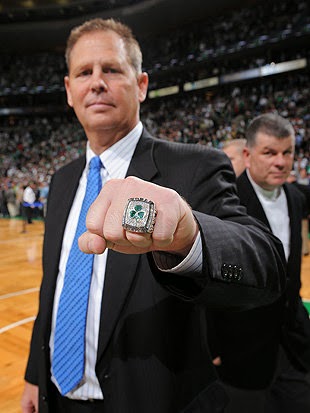 On a separate note, Celtics owner Wyc Grousbeck said the team would eventually retire the number 44 which was worn by the current president of basketball operations, Ainge.

When asked about his feelings on what it means to possibly see his number in the rafters one day, Danny had this to say;


“Honestly, not much,” Ainge responded. “I don’t think I should have my number retired. That’s nice of Wyc. Wyc has been a great owner to work with and we have a great relationship, but it wouldn’t mean that much to me because I don’t think my number should be retired.”


Ainge spent seven plus seasons in Boston as a player, as he was apart of the 84’ and 86’championship teams. The Celtics organization would not see another banner raised until 2008, in which Ainge was in charge of putting that team together as the general manager. So the way I see it, he is embedded of what we like to call 'Celtics Pride'.