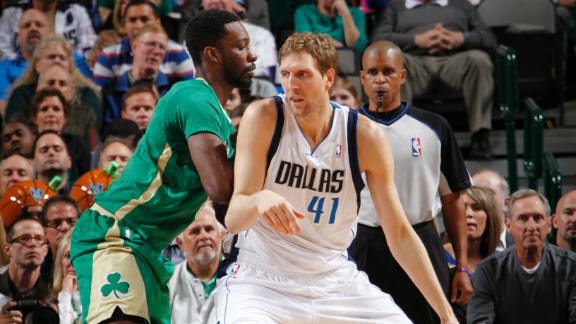 Another close game. Another Celtics loss.

Dirk Nowitzki and Monta Ellis led the way for Dallas. Nowitzki scored 19 points and had six rebounds. Ellis scored 17 points and grabbed seven rebounds. Nowitzki and Ellis both hit crucial shots late in the fourth quarter to close the door on the Celtics' late game comeback.


Celtics snapped a ten-point Mavericks lead down to one in the last six minutes thanks to Jerryd Bayless' 12-point eruption in five minutes, including two huge back-to-back three-pointers, cutting the lead down to 80-82. Mavs responded out of the timeout with two three-pointers of their own from Nowitzki and Ellis. Boston cut its deficit down to two points again in the last 30 seconds but missed shots and played the intentional foul game at the end of it.

"They just kept coming back at us," Dallas coach Rick Carlisle said. "They've got some young, aggressive guys that are hungry and they were hitting shots."

Bayless, who started at point guard for Rondo, finished with 19 points and six assists. Kelly Olynyk scored 16 points and grabbed nine rebounds off the bench. Celtics struggled from the field, shooting only 36 percent and couldn't get any consistent offense until Bayless had his hot streak in the fourth. 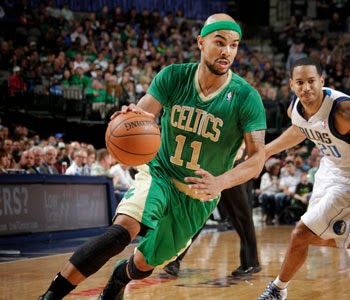 "Playing without Rondo, I thought Jerryd played fantastic, especially in that fourth quarter," Boston coach Brad Stevens said. "He gave us a chance to win."

Bradley, who was in the starting lineup alongside Bayless in the back court, scored 11 points but shot 5-for-14 from the field.

Celtics have now lost five straight and the regular season schedule gets tougher. Next game will be Wednesday when they host Miami, followed by a trip to Brooklyn Friday night to take on the Nets.


Game Notes:
Jeff Green followed up his 39-point game against New Orleans last Sunday with a 2-for-12 for five points last night against Dallas. Although he did grab nine rebounds, Celtics could have definitely used his scoring last night. Expect Green to have a good shooting night against Miami. Despite his inconsistency, Green brings his A-game against LeBron James and company.