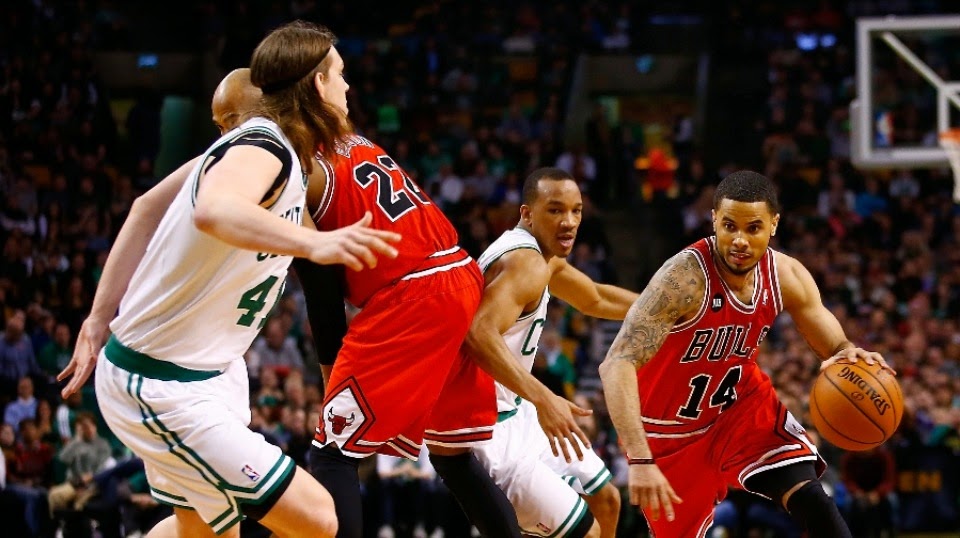 Boston – It was the same story last night at TD Garden as it’s been for most of the season, another close game but bad execution late in the fourth quarter led to another lost. This time to the defensive minded Bulls, 107-102.

Two late game turnovers and the near perfect shooting of D. J. Augustin made it lost number 50 on the year for the Celtics. It was also their fourth consecutive defeat since beating the champion Miami Heat 10 days ago.

In the first game of another home and home, Boston failed to play spoiler against an Eastern Conference playoff contender looking for better seeding late in the season.

Augustin finished with a career-high 33 points off the bench and scored 15 points in the fourth quarter (6-for-6 at the charity stripe). It was the most points scored by a second unit player against the Celtics in over a year. Joakim Noah added 13 points and 13 assists, while Carlos Boozer scored 14, Kirk Hinrich and Mike Dunleavy each chipped in with 11 for Chicago in the win.
“That is how we have to win. Our margin of error is not great,” said former C’s assistant, turned Bulls coach Tom Thibodeau. “We’ve got to play with great intensity each and every night.” 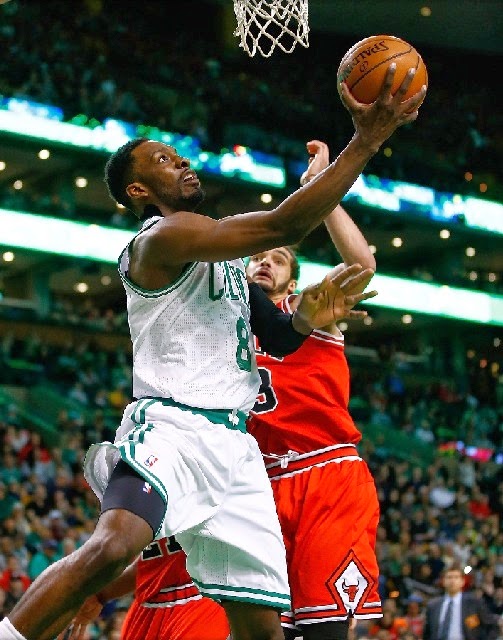 Boston was led by a more aggressive Rajon Rondo, who finished the night with 17 points and 11 assists for his 10th double-double of the year. Jeff Green and Jared Sullinger each added 16 points and Sullinger grabbed 10 rebounds. Kris Humphries scored 14 points and grabbed eight rebounds for the Celtics who out-rebounded the Bulls, 39-31, for the game.

“You can look at it a couple of different ways, but we hate losing,” said Rondo. “We’ve got to find a way eventually to win some of these games. They’re very winnable. We’re just not closing the games the right way.”

The Celtics for about 43 out of the 48 minutes never trailed by any more than five points to the Bulls, matching almost every basket and out-rebounding especially on the offensive glass for second chance opportunities. By halftime, Boston only trailed Chicago, 51-50. By the fourth a Brandon Bass put back put the home team up, 87-86. The Bulls would score the next seven unanswered points, capped off by a Augustin reverse layup to go up 93-87, with 4:36 remaining in the game.

A Rondo 3-pointer and a Sully block on Augustin led to a fast break 3-pointer made by Jeff Green to put the boys in green within two and in a one possession game, before Noah hit a pair of free throws and Uncle Jeff hit another from beyond the arc to tie it up at 96 apiece with 2:13 left.

Augustin broke the tie with a 3-pointer (the third of the game) of his own and scored on a steal off an inbound pass to end Boston’s hopes of grabbing a win in a great back and fourth contest. With only 22 seconds left, the Bulls were up, 105-99, before Augustin and Noah made free throws. A 3-pointer made by Sullinger made the score a little more respectable as the clock read double zero.

“They were big, especially at the end,” Augustin said referring to the Bulls going 11-of-14 from the free throw line (25-31 overall). “If we had missed a couple of those foul shots, we don’t know what the outcome of the game would have been because they made some big 3s at the end.”

Boston will get another crack at the Bulls tonight, this time at the United Center. They will be without Rondo who is still not playing on the second night of back-to-backs. But you will get to hear the Celtics captain and his basketball knowledge as he will be alongside Mike Gorman as a color analyst during the game’s telecast on Comcast Sports Net New England. Tip-off is at 8 PM. We can’t wait. 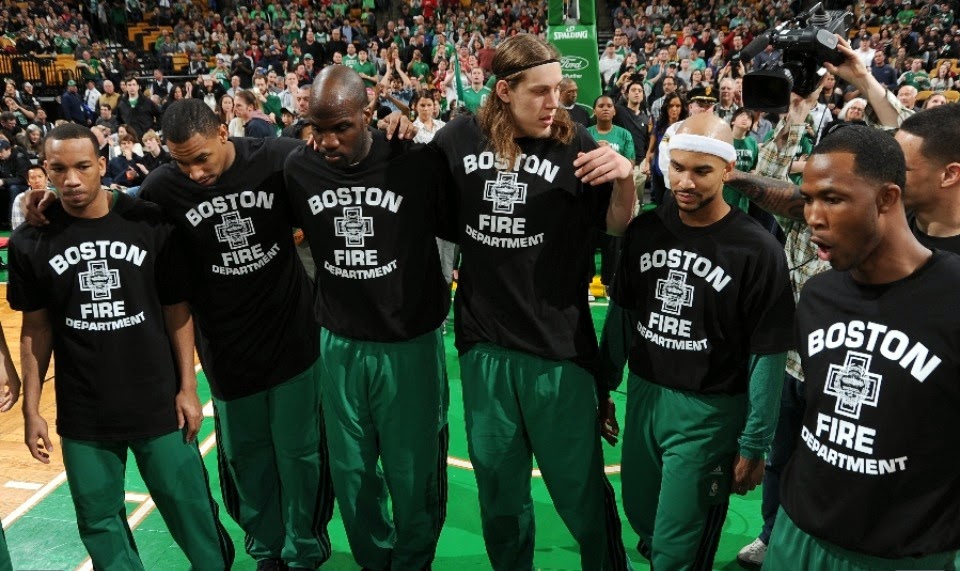 Game Notes:
Boston only shot 46 percent from the floor to Chicago’s 53 percent. The Celtics out-rebounded the Bulls on the offensive glass, 12-2, while both teams committed 15 turnovers. Before last night’s tip-off the C’s wore black Boston Fire Department t-shirts in honor of the heroes lost in last week’s blaze in Back Bay. The coaching staff was seen wearing BFD patches as well.