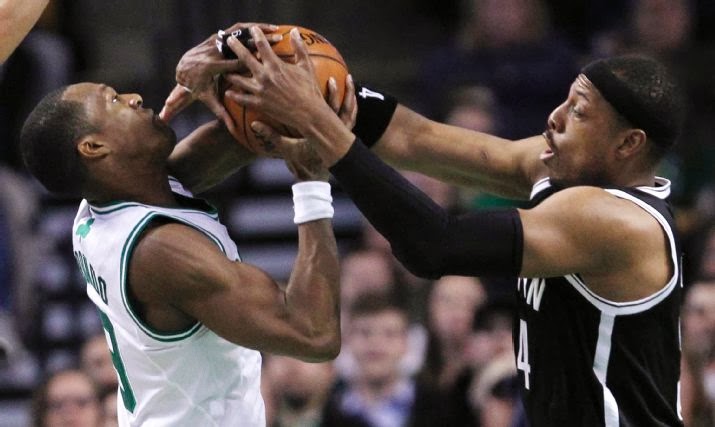 Boston – After what can only be described as an embarrassing loss on Wednesday to the Warriors, Celtics spoiled the second return of Paul Pierce by beating the Nets 91-84 and snapped their losing streak.

Brooklyn never led in this game and the Celtics were in control all night and led by as much as 18 in the second half. Rajon Rondo flirted with a triple-double. He had 20 points, nine assists, and seven rebounds.

Jeff Green added 15 points and Jerryd Bayless chipped in by adding 14 points in his fourth straight start for Boston. Kelly Olynyk once again played the sixth man role and contributed with 13 points and seven rebounds before fouling out late in the fourth. Jared Sullinger finished with a game high 12 rebounds in the win.

“The rebounding was the difference in the game for us, from our standpoint. That, and they missed the 3s,” said coach Brad Stevens. “I’d like to say that it was this outstanding 3-point defense, but I think when you re-watch it, it’s a lot of open 3s they missed.”

The Nets, playing without Kevin Garnett (back spasms) for the fourth straight game were out-rebounded 51-28. Despite five players finishing in double figures, Brooklyn shot a horrible 36 percent from the field and shot 4-of-30 from behind the arc.

Joe Johnson led the way with a game high 21 points and Deron Williams added 20 and four assists. Paul Pierce in his second game at the Garden since being dealt had a bad shooting night going 4-of-11 with 10 points for Brooklyn who are now 30-30 on the season. 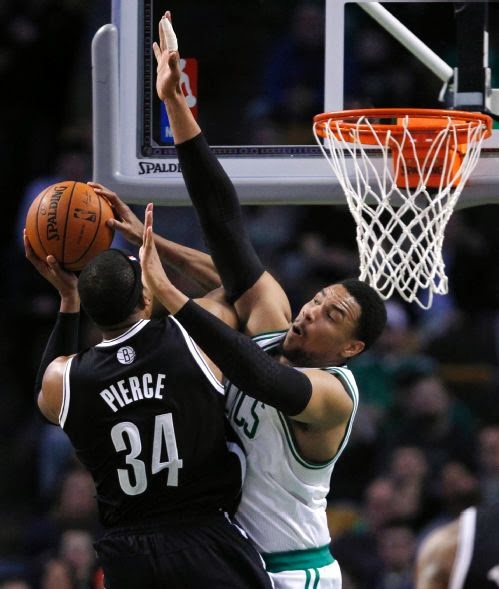 “Every time I come into this gym, it’s going to be emotion. Not like last time, though,” Pierce said. “We just didn’t have any rhythm on offense or defense.”

On Friday night, there were no video tributes or big ovations and the Celtics got down to business early. By halftime Boston had a 53-41 lead and the Nets were a perfect 0-15 from 3-point territory.

The shooting woes continued for Brooklyn in the third as the home team maintained a 70-57 lead with four minutes left in the quarter.


That would be the closest the visiting team would get, as Boston pushed their lead 78-70 going into the fourth.

Boston not only snapped Brooklyn’s four game winning streak, it was their first win over ‘The Truth’ this season (1-2). Even after committing 25 turnovers to the Nets’14, the Celtics dominated from start to finish, including shooting 38 percent from the 3 and 44-percent overall from the field.

“I remember Bobby Knight on ESPN said the team that had the most turnovers is going to lose,” Sullinger said. “I guess we exceeded that exception."

The Celtics will try to play spoiler again when they take on the Pistons on Sunday night at the TD Garden. Detroit is 24-38 and three-games out of the eighth and final playoff spot in the East. Tip-off is at 6:00 PM on NBATV.