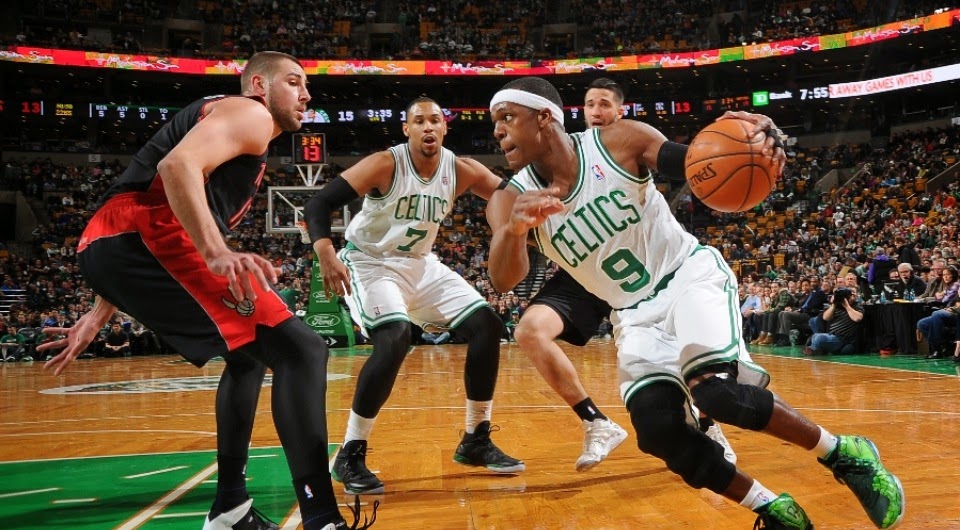 Boston – Playoff inclination were loud and clear last night for the Raptors at the TD Garden. For the visitors from up north, it meant snapping an 11-game losing streak in Boston.

Two 3-pointers daggers from Kyle Lowry and Terrence Ross in the closing minutes of the fourth quarter help put the Celtics away 99-90.

For Toronto the win not only breaks a five-year-old winless streak in Beantown, but it puts them that much closer to a playoff birth, their first since 2008 and a possible Atlantic Division title. Ross finished with 24 points and Lowry added 23, while DeMarr DeRozan chipped in with 20 points in the win.

“I’ve been here five years and I see how passionate the fans are,” DeRozan said about the city of Toronto and their supporters. “It definitely means a lot. We feed off of them, the energy they bring every single night. That would be great for the city and we have to take advantage of the opportunity.” 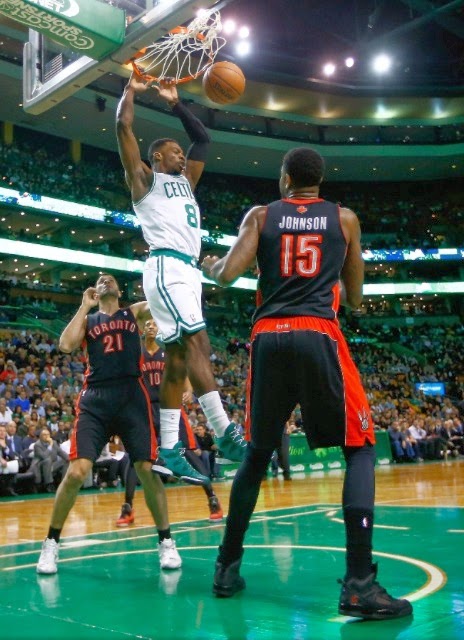 It was their seventh lost over the last eight overall. Jared Sullinger led all scorers with 26 (19 of them came n the fourth quarter) including going 4-of-6 from behind the arc, and grabbed eight rebounds.

Avery Bradley contributed with 16 while Chris Johnson, who played extended minutes down the stretch, went 5-of-8 for 13 points.

Rajon Rondo looked to be on his way to a 20 assists night before catching an elbow to the forehead that required nine stitches midway through the third quarter.

He returned in the beginning of the fourth and finished with 15 assists and nine points.

“I think it obviously says a lot,” Stevens said about his captain. “He wants to play and I think the most important part about it is he came back in and guarded DeRozan. He went after it and I think he did a pretty good job on him.” 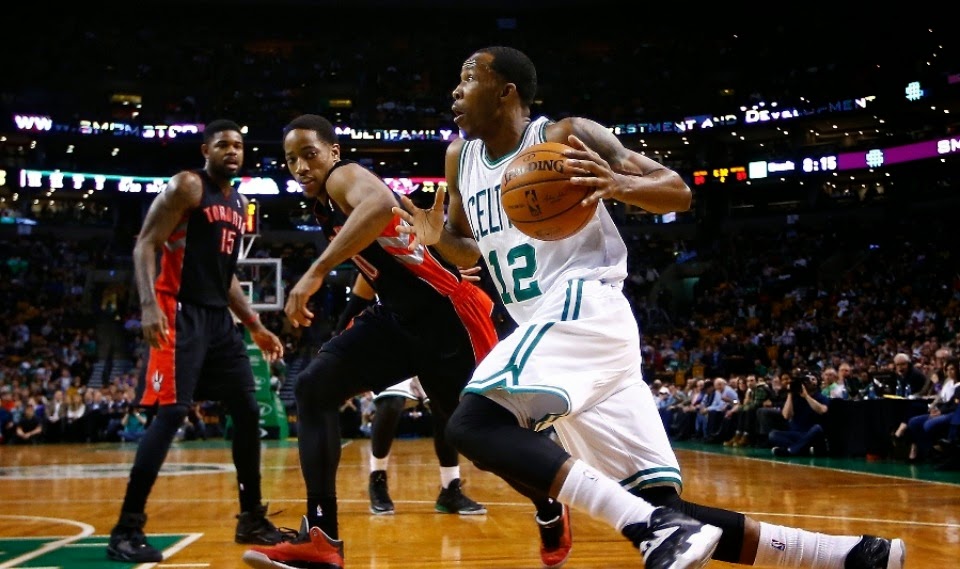 Boston trailed 55-46 at intermission before Lowry nailed two back-to-back 3s to extend Toronto’s lead, 61-46, to start the second half.

Ross nailed a buzzer-beating 3 to end the quarter and pushed the lead, 77-62. While Rondo was in the locker room receiving his stitches, the Celtics went on a 9-0 run to make it, 85-75.


Sully took over by nailing back-to-back shoots from downtown 34 seconds apart, getting the C’s within six with under six minutes remaining in the final period.

“I saw that Rondo went down so I saw we needed production,” said Sullinger. “I took it upon myself and tried to get the best shots possible.”

With Rondo back in the game, Boston got within three after the officials reviewed a Chris Johnson basket that was ruled as goaltending making it, 93-90 with 1:49 left in the game. But consecutive, ice-cold back-to-back 3-balls made by Lowry and Ross on the next two Raptor possessions put the game out of reach, and gave the Celtics their second consecutive lost in five days.

“Sully got hot and I thought even though we were really undersized, we played pretty well in that time,” said Brad Stevens.

The Celtics will head up to Toronto on Friday for the second time since their season opener as they look to even the series at two games apiece. Tip-off is at 7PM on Comcast Sports Net New England.

Game Notes:
Despite Boston only turning the ball over nine times to Toronto’s 16, the home team shot 41-percent to the Raptors’ 45-percent. The Celtics’ bench outscored the visitors’ 51-7…Before last night’s tip-off, and after the National Anthem the crowd at the Garden held a moment of silence for Lt. Ed Walsh and firefighter Michael Kennedy who lives were lost while battling a fire in Boston’s Back Bay area on Beacon Street. Our hearts go out to their families and everyone affected by this tragedy.