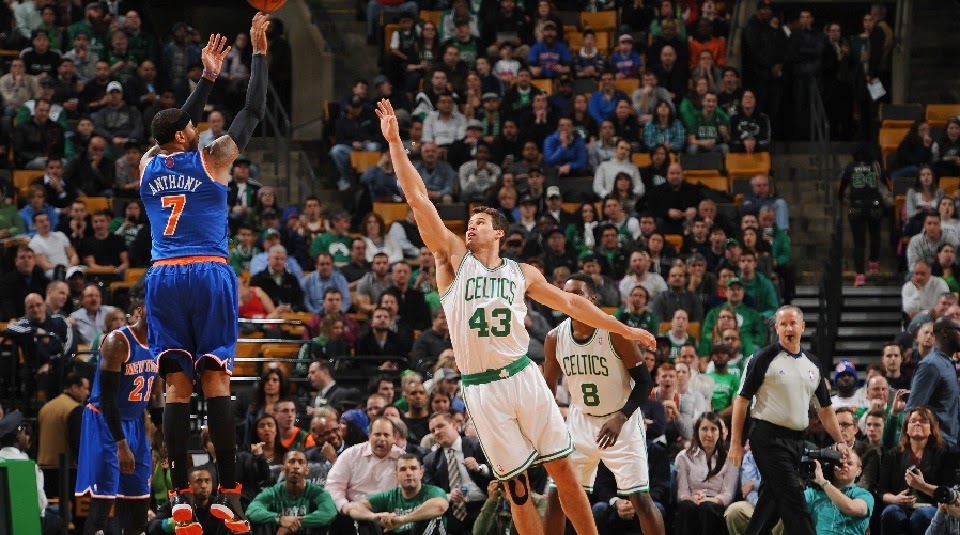 Boston – Just 24 hours after the Celtics couldn’t keep pace with Indiana, Carmelo Anthony and the Knicks came into TD Garden last night and dominated for their fifth straight win, 116-92.

It was the worst home lost of the season for Boston, and their worst home defeat in seven years.

Anthony scored 19 of his 34 points in the first 24 minutes after hitting his first three 3-pointers four and a half minutes in to the first quarter. The Knicks jumped out to a 25-10 lead and they never looked back as they cruised past the Celtics.

“We got it going early,” said Anthony. “We shot the ball well early. Defensively, we had it clicking early. They made a few runs, but we finished the game out strong.”

Tim Hardaway Jr. finished with 22 points off the bench, while J.R. Smith added 13 and Cole Aldrich in his first start chipped in with 12 and grabbed 10 rebounds for the Knicks who were without Tyson Chandler and Amar’e Stoudemire. They are now three games out of the final playoff spot in the Eastern Conference. 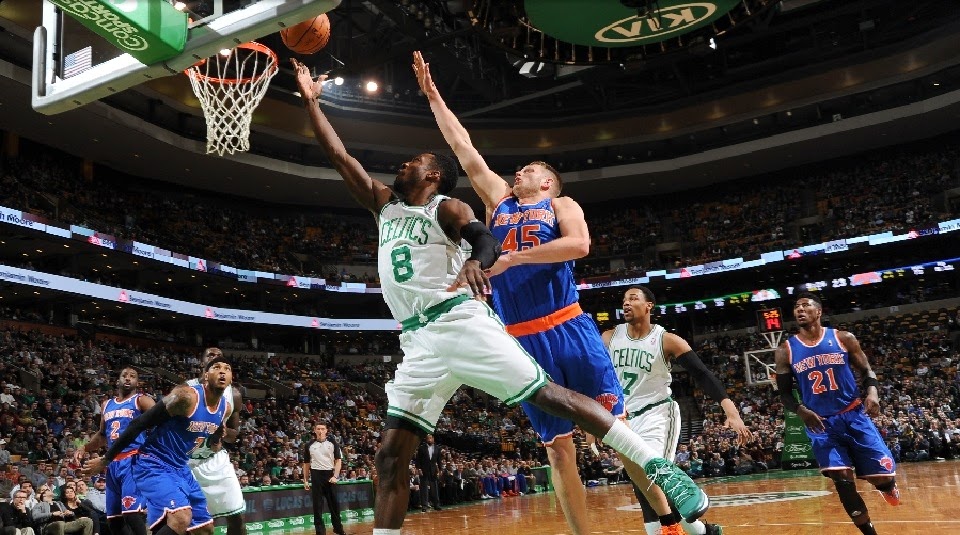 Jeff Green led Boston with another 27-point performance. Kris Humphries and Jerryd Bayless each scored 15 points for the home team who shot just 42-percent from the field and were without Rajon Rondo, who is still resting on second nights of back-to-backs. Phil Pressey started in Rondo’s place and finished with nine points, five assists and five rebounds in 25 minutes. Jared Sullinger contributed with 10 points and eight rebounds off the bench.

New York shot 52-percent for the game, including going 11-for-19 from behind the arc.

“Because of their shooting all around, they were in a good rhythm,” Celtics coach Brad Stevens said. “It started with Carmelo hitting those in isolation.”

The Knicks never trailed in this one as they lead 36-24 after the first 12 minutes. They made 9-of-10 3-point attempts in the first two quarters and had a 68-48 lead at halftime. A Jeff Green 3-pointer with 1:12 left in the third cut the lead down to 84-75. Two made free throws by Hardaway gave the Knicks a 10-point lead going into the fourth. Pablo Prigioni made a 3 to open up the final period and the Celtics never cut it back into single digits the rest of the way, as New York never let up.

“We got into a hole,” Green said. “They got an early start, gave them rhythm and it was hard to get them out of that rhythm.”

Celtics will look to try and spoil another team’s playoff chances as they face the ninth place Phoenix Suns on Friday night at the TD Garden. Tip-off is at 7:30 PM.