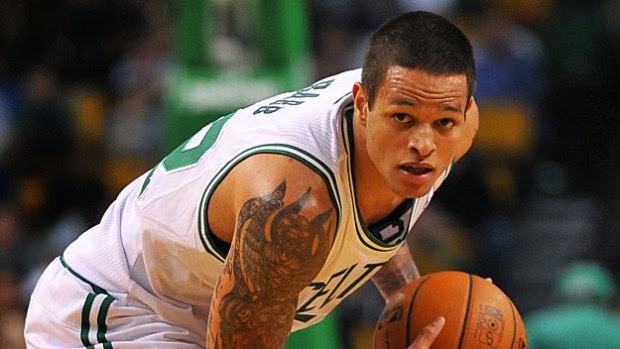 After completing two-10 day contracts, Chris Babb has been signed by the Celtics for the rest of the season on a minimum salary.

CSNNE.com first reported that the 6’5 swingman as of yesterday, had officially signed a multi-year deal. The deal includes two more non-guaranteed seasons.

It’s essentially the same deal Danny Ainge gave Chris Johnson last month. In short the two players have become trading chips for the offseason and beyond. It also gives Boston some flexibility at the wing since Gerald Wallace is out for the season with a torn meniscus in his left knee. Technically at the moment Jeff Green is the team’s only true small forward.

“With the addition of Babb and Johnson, they’ve been positive additions to our locker room,” said Celtics coach Brad Stevens. “The results aren’t where we want to be, but the locker room and camaraderie is at a pretty high level.” [Boston Herald]

Babb is averaging 2.3 points a game and though his minutes have diminished a bit since the return of Avery Bradley, he can relax and not worry as much about the rest of the season.


“That’s the hardest part, not knowing,” said the rookie. “You keep faith until you know that there’s a plan. Just continue to work hard. It will be better now have a little security. I got to the point where I was thinking too much in my first 10-day. But hopefully now I’ll be able to play a little more carefree.” [Boston Herald]