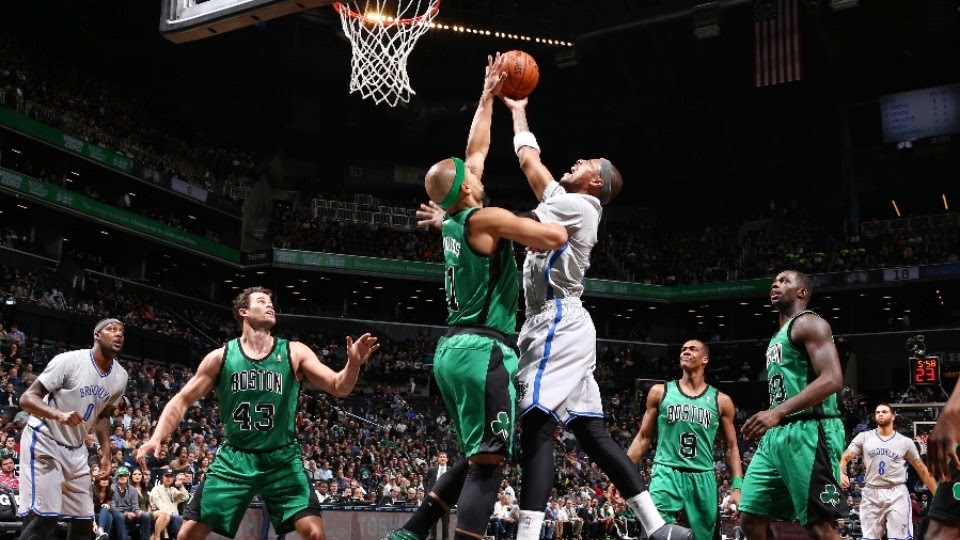 Brooklyn – The Nets fed off of their home crowd and each other's energy while sporting some ‘old school’ blue and gray Brooklyn Dodgers jerseys last night at the Barclay Center.

Joe Johnson’s 16-point outburst in the third quarter proved to be the game changer when they beat the Celtics, 114-98.

Johnson hit six 3-pointers (made 6-of-8 from behind the arc) on his way to 27 points (10-of-16 overall), while Mason Plumlee added 18 points. Former Celtic Paul Pierce looked like he was on his way to a big night when he scored seven points in the first quarter but he finished with 14 points against his former team. The Nets are currently on an 11-game home winning streak and have improved to 29-10 since the start of the calendar year, the best in the East. 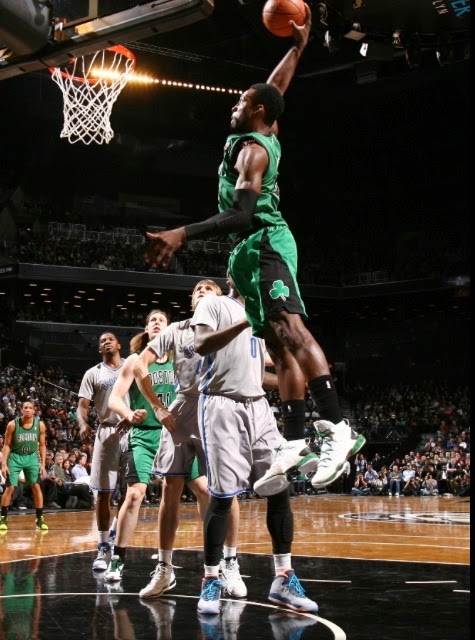 Avery Bradley scored 23 of his 28 points (game & career high) in the first half after a brief scare in the first few minutes of the game when he rolled his previously injured ankle on Shaun Livingston’s foot. Bradley was taken to the locker room to have his right foot re-taped, which didn’t seem to affect his shot in the least bit. He shot 12-of-19 the rest of the way.

Jeff Green chipped in with 16 points and former Net Kris Humphries and Rajon Rondo contributed with 12 points. The captain also dished out 12 assists (ninth double-double) for the Celtics, who have lost six of their last seven.

“The opportunities were there and I was able to knock down shots,” Bradley said. “Rondo was putting me in good positions to be able to make plays.”


The Celtics were down early before rallying in the second quarter to tie it all up at 45 a piece with 6:49 remaining in the period. The Nets however decided to finish the half by going on a 19-9 run that was capped off with 3-pointers from Deron Williams and Johnson, to go up 64-54 at intermission.

In the third Johnson outscored the Celtics in the last two minutes of the quarter on his way to 16 of Brooklyn’s 28 points to push the lead, 92-76, to start the fourth. The Nets led by as much as 20 as the hot shooting of Jorge Gutierrez and Plumlee continued on their way to a victory and a 3-1 season series win. 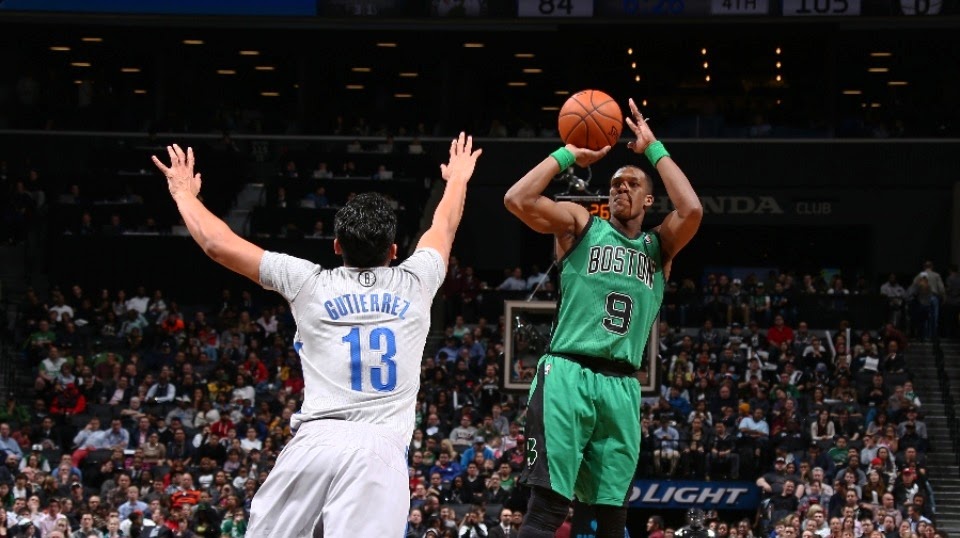 “We weren’t very good on the defensive end of the floor,” said Celtics coach Brad Stevens. “When Avery [Bradley] started going off, we just accepted trading baskets instead of really getting stops.”

The Celtics will look to get back on track as they have five days off until playing two home and homes against the Raptors and the Bulls.

These two teams are currently ahead of the fifth seeded Nets in the Eastern conference standings by a 1 and ½ games. Ironically Boston would increase the Brooklyn boys’ chances of home court advantage in opening rounds of the playoffs with some wins by the C’s combined with Brooklyn's victories. Boston will tip-off against Toronto on Wednesday night at TD Garden at 7:30.

Game Notes:
The Celtics were outscored in the paint 62-30 and the Nets’ benched outscored Boston’s 45-21. Despite Bradley scoring 28 points (including going 8-fof-8 to start the third), the C’s shot 42.2-percent versus Brooklyn’s 56.4 percent for the game.