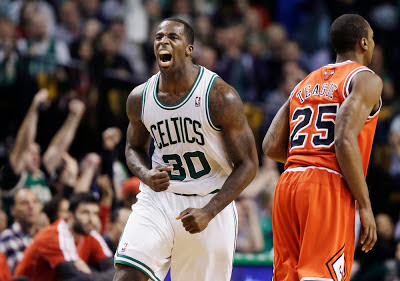 Celtics avoided back-to-back losses Wednesday night in an ugly affair against the Bulls at TD Garden.

Both teams shot a dreadful 36 percent from the field and Brandon Bass scored a game-high 14 points. Yes, it was that ugly. The Celtics scored 19 points in the second and third quarter combined, tying for the third-lowest in NBA history and setting a franchise record for the fewest points in consecutive quarters.

It was a game of two defensive minded clubs battling each other and it was tough for each team to get a run going.


"You win games on the defensive end and that's what we did tonight," Jason Terry said. "We played great defense today - we played great team defense and we rebounded the ball."

Terry blocked Belinelli's late shot, that would of tied the game at the end of regulation. The last time the Celtics and Bulls faced each other, it was Belinelli who made the game-tying shot at the end of the fourth quarter. This time, it was Terry who made a big defensive play that prevented Belinelli from doing it again. 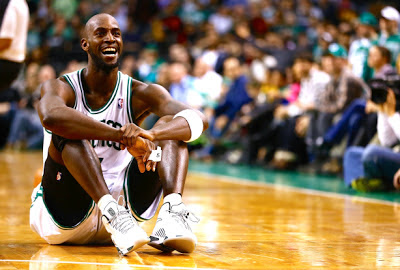 Kevin Garnett scored eight of his 12 points in the fourth quarter to help the Celtics overcome a six-point deficit. After losing to the league's worst team (Charlotte Bobcats), this was a win the Celtics desperately needed before the All-Star break.

"We're not going to just roll over," Coach Rivers said. "We choose to live."


Celtics will start their west coast swing after the All-Star game in Denver next Tuesday. The road trip includes stops at Los Angeles, Phoenix, Portland, and Utah.

It was defense versus defense in this one. No other coach in the league knows how to plan against the Celtics than former assistant coach Thibodeau so the low score between the two wasn't surprising. Great to see the Celtics really battle that game out and made sure they grabbed another win before the All-Star break... Jason Terry continues to impress. His best basketball this season will be after the All-Star break if Ainge decides not to trade him. Because Terry is playing so well, his contract will look attractive for contenders looking for a shooter... While Kevin Garnett will be the only Celtic at All-Star weekend, Paul Pierce will finally get the rest he desperately needs
Posted by Josue Pavon at 3:30 PM
Email ThisBlogThis!Share to TwitterShare to FacebookShare to Pinterest