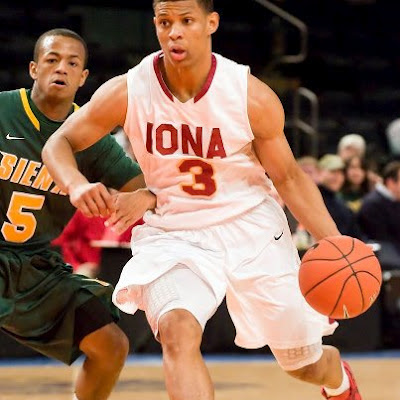 Machado was an outstanding guard for Iona averaging 14 points, 10 assists, five rebounds and two steals a game. When his named wasn’t announced in last June’s NBA draft I couldn’t help but wonder if the Celtics would keep the youngster in mind; and it looks like they did.

After the 2012 NBA Draft he opted to join the Houston Rockets summer league team. He averaged eight points, six assists and two rebounds a game and was not offered a contract.

He can be a solid rotation player for the Celtics and has the ability to distribute the ball well while Rondo gets his rest. Dooling is a knock down three-point shooter when he is hot, but he is a one-dimensional player who struggles at facilitating the floor.

In college, Machado proved he’s a great facilitator when he led the NCAA in assists (topping first-rounder Kendall Marshall) and carried Iona into the NCAA tournament.  His pass first-shoot second mentality is something Rondo would love about him. And I’m sure under his wings Machado can form into a solid backup point guard.

On a team like the Celtics, he’d be surrounded by scorers and wouldn’t be required to score while playing with Jason Terry and Jeff Green. Celtics should definitely give him a shot before another team leaps at the opportunity.