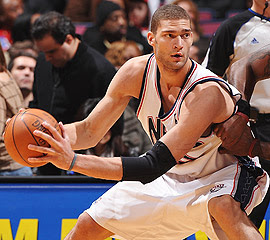 With the Brooklyn Nets locking up Brook Lopez for four years and $61 million, it’s safe to say Dwight Howard’s wish of playing in Brooklyn next season isn’t going to come true.

New Magic general manager Rob Hennigan told the media that they plan on putting trade talks on hold as they search for their next head coach. I’m glad it took them mid-July to realize that a head coach of a team is more important than listening to your star player’s demands. Brooklyn Nets owner Mikhail Prokhorov stated that he is very happy with his signed free agents this summer and that he has moved on from trying to acquire Dwight Howard.

Lopez, who was a vital piece in the blockbuster deal for Dwight Howard, will be entering his fifth year with the club. He’s averaged 17 points and 8 rebounds a game throughout his career and will have a new teammate in all-star Joe Johnson. Lopez’ other all-star teammate, point guard Deron Williams' decision to stay with the team makes the Johnson/Williams backcourt duo one of the best in the league. 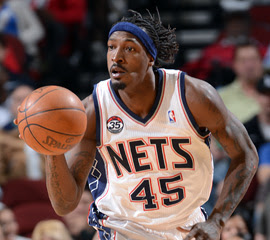 Resigning forward Gerald Wallace also makes the Nets a deeper club. Guard Reggie Evans agreed to play in Brooklyn, and as of today there have been reports of a pending one year deal with Jerry Stackhouse.

The Nets haven’t been to the playoffs since the 2006-07 season, but will ultimately change that this upcoming fall in their new Brooklyn home. Today, Prokhorov commented on how excited he is for this season:

“My congratulations and appreciation go out to general manager Billy King, assistant general manager Bobby Marks and head coach Avery Johnson for their tenacity, nerve and heart throughout this process. With the re-signing of Deron Williams and the trade for Joe Johnson, we go into our new home led by an All-Star backcourt and with every hope of a great season for the Brooklyn Nets. I can't wait until opening night.” Brooklyn General Manger, Mikhail Prokhorov