Avery Bradley: Will He Be Home for Christmas? 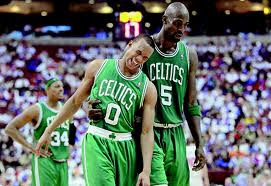 Just as Avery Bradley ended last season on the injured list, he will most likely begin the 2012-2013 on it as well.  Bradley is recovering form double shoulder surgery from injuries he suffered in last year’s playoff run.

We all remember Bradley's tenacity and seemingly invincible resolve each and every time his shoulder would pop out. It was almost something out of a video game, he'd go down holding his shoulder, go over to the legendary Celtics trainer, Eddie Lacerte, and pop the shoulder right back in. Everyone would cringe, but Bradley was right back out there. (If only Josh Beckett were watching....) Then his other shoulder went.

The Celtics realized, Bradley's bright future for the C's could possibly be compromised if he kept going through this process and shut him down.

From all reports, there is an unknown factor with Bradley's recovery time. When asked about it last week, Bradley was vague on his timetable to return to the C's starting lineup.  He bluntly told CSNNE's A. Sherrod Blakely, "I don't know anything, they just want me to get healthy. That's all they really tell me. They don't really give me time frames."

Usually, when there is this much of an unknown factor with injuries it means that the player isn't coming back anytime soon.

Realistically, Bradley probably won't be ready until December. So who will step up for the man, who is tasked with replacing the greatest three-point shooter of all time?

Here are a few to watch for. 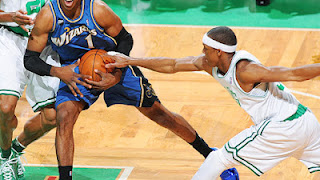 Obviously Rondo will be fine with or without Bradley on the offensive end. However, Bradley's biggest asset was his relentless pressure he put on the opposing teams ball handler. His ability to do so overshadowed Rondo's weakness of being an on ball perimeter defender.
Bradley's pressing allowed Rondo to lurk in the passing lanes to cause havoc; intercept passes, and immediately start the fast break.
Rondo, while Bradley is out, will have to improve his on ball defense. He is always at his best when he has time to read the pass, but has struggled in the past defending the guy bringing up the ball.
Courtney Lee:
In Danny Ainge's most unlikely move this off-season; Courtney Lee was acquired from the Houston Rockets. Lee is a 6-5 shooting guard that will be suited to step right in and start while the Celtics are waiting for Bradley's return.

Offensively, he has the skills to basically match the numbers that Bradley put up last year. He is athletic and can run the floor. He shot 40% from three-point land last year and should be open for those corner threes we were so used to Allen and Bradley knocking down last year. 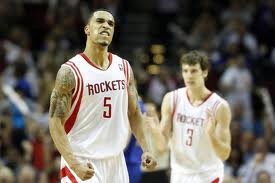 Lee will be the immediate replacement but leaves question marks on the defensive end. He will be asked to match up against the likes of D-Wade, Joe Johnson, and in some situations smaller and faster point guard depending on the situation.

Bradley was a very versatile defender, not that Lee is a liability but he will be asked to do more than he ever has defensively here in Doc Rivers system. 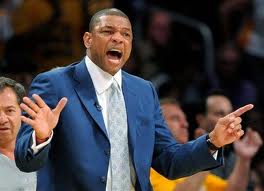 The Jet won't have to change his game much with Bradley being out for a while. He is used to pressure situations and will most likely be the one who is closing games over Lee in Bradley's absence.

This will be an interesting situation to keep an eye on. If Jason Terry shows he still has his late game heroics and impresses while Bradley is out, it would leave Doc Rivers with some tough decisions when Bradley returns.

Who will he give those late game minutes to? You cant have both Bradley and Terry on the floor to close the game at the same time, due to they both have point guard bodies playing the '2.'

I'm sure that this is a problem Doc wouldn't mind having but could cause a little debate in January.

Posted by SeanDutra at 12:58 PM
Email ThisBlogThis!Share to TwitterShare to FacebookShare to Pinterest