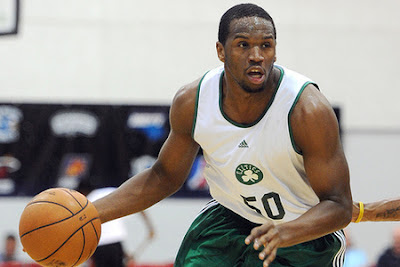 Guards Dionte Christmas and Jamar Smith have agreed to contracts with the Celtics and will join the team for training camp in hopes of earning a spot on the 2012-2013 Celtics roster.

With an impressive summer league showing, he has earned himself an invite to Celtics training camp this fall. He was known as a solid shooter in summer league and was decent at handling the ball. Christmas also turned down overseas offers so that he can try to make it in the NBA. He believes that he can continue to contribute offensively and fit in well with the Celtics.

“Most of all, I think I have a Boston Celtics style of play. I’m not talking about scoring, I’m talking about I’m very energetic, I’m vocal, I like to get in people’s space and play defense. I just like competition. I love to get under the opposing team’s skin. I have that Celtics type of play and I think they saw that. They saw that I was hungry and they saw that I wanted it. By me showing I could do everything like pass and rebound, they already knew I could score, but seeing me do everything, I think that really put it over the top. That right there showed the growth in my game by going overseas.”  Guard, Dionte Christmas 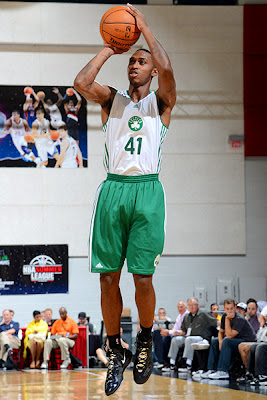 The Courtney Lee trade helped Christmas an opportunity with the Celtics. It opened up a couple of roster spots and sent away E'Twaun Moore, a similar player who was already in the Celtics system last season and likely would have beaten out Christmas for a roster spot.

Smith hasn't been as productive as Christmas but still shot the ball well from the behind the arc for the C's throughout summer league play. Smith shot 45 percent from the 3-point line over five games in Orlando and averaged nine points.

"He can shoot the ball. I get mad when he turns down shots. If you turn down another shot, you're done for the rest of the summer league. But every time he shoots, I think it's good. He's got a nice stroke, a great stroke. He's been playing very well for us. Even in games that were close, he's made big shots. He's made big shots to give us a bit of momentum when teams are making runs." Celtics Summer League Coach, Tyronn Lue


Christmas joins Smith as the only two non-draftees of Boston to earn official training camp invitations. Smith has shown promise this past week. After getting the green light from coach Lue to shoot the ball, Smith averaged 10.2 points a game in Las Vegas and shot very well from beyond the arc.

With the signings of Christmas and Smith, the Celtics roster now stands at 15. Danny Ainge's summer of making impressive moves could be over. However, he still has space to sign one more player to the roster before the start of training camp. A move that could ultimately have Christmas and Smith battling it out for the final roster spot for Opening Night of the 2012-2013 season.