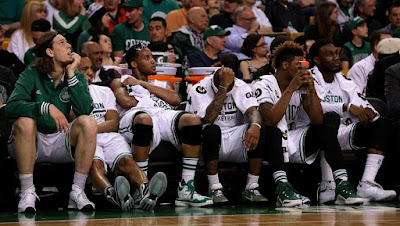 The Boston Celtics losing to the Atlanta Hawks in six games in the opening round of the playoffs is a sobering reality for the fan base and a disappointing sign in Danny Ainge's quest to rebuild the franchise.

It's not just that the Celtics lost the series, it's that the Hawks truly dominated it. The C's were never really close to winning in Atlanta.  The Hawks knew it and they were playing with extreme confidence in their own building. That all culminated into the Celtics playing arguably one of the worst games they've played all year at home in Game 6, and just like that the season was over.

We all watched the games and can agree that there are a couple of glaring weaknesses on this team, coupled with untimely injuries that sidelined a few key guys and hobbled others.

The Celtics were completely outmatched. The issue is the Hawks are not a contender for any type of deep run into the playoffs, and the Celtics should have been able to compete despite the injuries.

So the question is, what does this performance say about the Boston Celtics and the 'Danny Ainge Rebuild Project'?

There is no question that Danny Ainge has managed the rebuild of the Boston Celtics masterfully... to this point. It has been the best case scenario of a team that traded away its top four players within a two-year span. Paul Pierce, Kevin Garnett, Rajon Rondo, and Jeff Green were all shown the door and the Celtics make the playoffs in two of the three rebuilding seasons.

This team has proven it's not just a flash in the pan and has sustained two straight successful regular season campaigns. Brad Stevens is in it for the long haul. Ainge has so many draft picks, including the Brooklyn pick which is projected to be in the top three this year. Isaiah Thomas, Avery Bradley, and Jae Crowder are the three best players on the roster but are being paid like role players in the new CBA.

Everything is just dandy! Right? 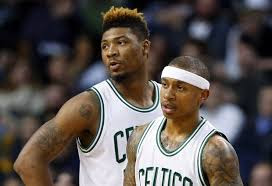 Well, success breeds increased expectations. It was understandable last year for the upstart Celtics to get swept by a clear cut favorite and championship contender, in the Cleveland Cavaliers. This year though, no excuse. The Celtics should be at a level where they can win a playoff series, by now. The fact that they were dominated by the Atlanta Hawks, who also have no true superstar, should be startling for Celtics fans.

One certainly one can argue that the good outweighs the bad when looking at the rebuild, but you can't look past the obstacles still in the way of getting the Celtics back to being a true contender.

Putting the playoff disappointment aside, the overall success of Ainge's rebuild project will rely on what happens this summer. The rebuild is on the precipice of failure unless the Celtics can make that next step in getting that elusive super star and then make a deep playoff run. If there are no major changes and another one-and-done happens next year, the reset button may be pushed again.

It will be extremely interesting to see if Ainge and Stevens can lure that big name free agent that have been avoiding Boston for decades. (Looking at you KD...) There can't be a discussion of,  "Well, lets see what happens with next year's free agent class. It's even better than this summer." There can't be any more excuses for empty summer and point to Danny's stockpile of assets. The expectations are set to win and win now and to prove that the Celtics rebuild is finally over.