Garnett to miss up to 2 weeks 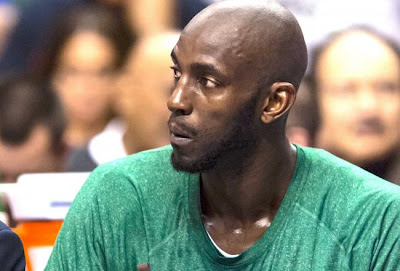 The Celtics will be without Kevin Garnett for possibly the next two weeks.


"Could he play tomorrow? Yeah, but we're not playing him tomorrow,"Ainge said.

"The timeframe, I don't know, it's not an ankle sprain but there's inflammation in the ankle, sort of like an ankle sprain in unpredictability. So I think that it's not longer than three weeks or it could be a week. I'll guess two weeks just because we want to make sure he's really ready. We need to get him fresh anyway." [Boston Globe]

Coach Rivers spoke to the media first on Monday and told reporters that Garnett injured his foot (not his ankle) against the Dallas Mavericks. Details about Garnett's injury seem fuzzy but either way, Celtics will be resting Garnett for most of the season to get him ready for the playoffs.


"We're going to err on the right side, whatever they decide. If they give me an option of you can play him every third game or give him two weeks rest, I can tell you right now I am going to say two weeks rest." [Boston Globe]

Jeff Green will most likely replace Garnett in the starting lineup tonight against the New York Knicks like he did against Memphis. D.J. White, Chris Wilcox, and Shavlik Randolph will all help off of the bench at the center position.