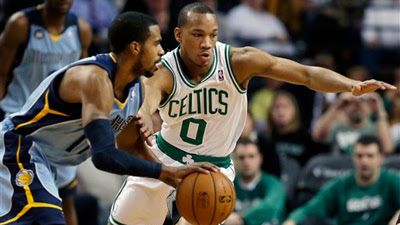 The Celtics have always been a defense-first minded team since its 2007-2008 championship team.

Kevin Garnett has been the anchor of the defense in the paint over the years, but at the beginning of this season the C's struggled to defend the perimeter and that all changed in January.

Despite having double shoulder surgery, Bradley moves great on the court. There were concerns about how Bradley would respond and if he would ever be the same player he was last year. And it's been so far, so good.


"I think he's 100 percent leg-wise," coach Rivers said."He's been 100 percent. I guess if there's any good thing about having a shoulder [injury], you can still use your legs, conditioning-wise. You can do all the running. As far as his shoulders, I can't answer that. I don't know. I would say he would not be 100 percent until next year with that." 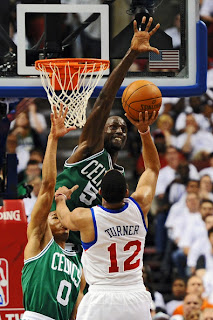 Last Friday, Bradley disrupted one of the most explosive players in the league. Curry, fresh off his 54 points in New York, which was the best outside shooting performance one will see on a basketball court, was 6-for-22 from the field and went 3-for-11 from behind the arc at TD Garden. Although Bradley left the game in the third due to foul trouble, Curry only scored seven points the rest of the game.


"He is everything to our defense," Kevin Garnett said of Bradley on Monday before practice."I think he's the anchor. He's the true inspiration of what it is. He gets up on the ball, 95, 90 percent of the time. Look at any other guard in the league; no one in the league is playing defense like he is. He's just tenacious. He's the silent leader and it's by example.

Bradley has even been shooting the ball well lately. He averaging 11.7 points per game and has been knocking down the three-ball from his spot in the corner effectively.

It would be great to see Bradley knock down shots from behind the arc often. Since coming back from shoulder surgery two months ago, he's averaged one three-pointer a game.