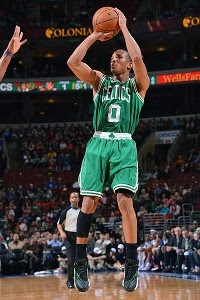 Boston came into the city of brotherly love and took care of business, beating the 76ers 109-101.

Despite committing 22 turnovers, the Celtics now find themselves a game and a half out of the fourth seed in the Eastern Conference playoff picture.

Paul Pierce, who has shown no signs of slowing down, scored 18 points to go along with his 11 rebounds, while Kevin Garnett also added 18, and both got some rest playing less than 30 minutes in the win.

Avery Bradley lead all scorers with 22 points as he had his mid-range game was on point, going 10-of-15 from the field and 2-of-4 from the three-point line. He also grabbed seven rebounds and dished out five assists.

After a 9-0 run midway through the fourth quarter, and back-to-back threes from Jordan Crawford (12 points off the bench) the Celtics were able to hit cruise control as they handed Philadelphia their ninth loss in 10 games. 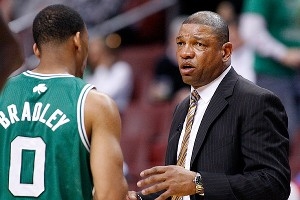 Despite scoring 64 points in the paint, Philly just didn't have enough fire power as Thaddeus Young led the team with 19 and 10 boards and Jrue Holiday added 18 points and 10 dimes.

Jeff Green chipped in with 16 points, as Boston's production off the bench helped Doc rest his starters in preparation for tomorrow's second game of this current road trip.


"I just loved our effort," coach Rivers expressed."I thought the zone was huge for us tonight. The new guys, I thought, all came in and gave us a lift, so it was just a good team win."

The Celtics who are now 12-4 since losing Rajon Rondo for the season, are heading to Indianapolis to take on the second seeded Indiana Pacers. The battle of the defensive minded juggernauts tips off at seven.

Side Note:
Boston shot 51 percent for the night, including going 11-for-19 from behind the arc. "The Truth" made all four of his three point shot attempts.