Paul Pierce to retire after this upcoming season 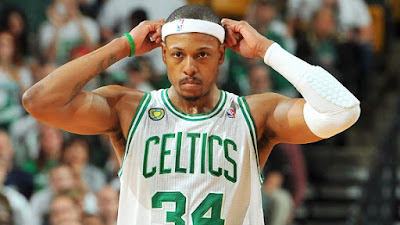 Another former Celtic is calling it a career, but not before he enjoys one last ride into the sunset.

Paul Pierce will play his 19th and final year in the NBA, as he plans to retire at the end of the 2016-17 season. He made an official announcement via: The Players' Tribune on Monday morning, and shared it all over his social media accounts including Facebook and Twitter.


In a piece appropriately titled; 'My Final Season,' the 10-time All-Star kept it short and straight to the point about wanting to win one more ring in his hometown of Los Angeles.

"This is it, my final season. It’s time to move on from the game of basketball. Just like any difficult decision, I think you’ve got to be at peace with yourself," said Pierce.

"I’m at peace with retiring, but I’ve got one more ride left. One more season. One more opportunity. With the Clippers, in the city where I grew up, I feel like I have that opportunity on a great team. We’re hungry. We want to win a championship"


The article concludes with a three-minute, intimate black and white video of Pierce summarizing his playing career for the last 18-years, and how he plans to enjoy this upcoming season hopefully hoisting the Larry O'Brien trophy.

Pierce, who signed a three-year, $10 million dollar contract before the start of the 2015-16 season, is coming off a year where he averaged career lows in points, rebounds, assists, minutes played and shooting percentage. 'The Truth' admitted he never got comfortable with his new role which included only 38 starts out of 68 games played.

Of course barring any trades, this would mean that the former Celtics captain will not be wearing green anytime soon despite what Clippers coach Doc Rivers had to say during a charity event in Boston earlier this month.

While Pierce was still contemplating on returning for one more season or not, Rivers mentioned the fact that he and Danny Ainge would make sure Pierce would retire in Boston [that would please all Celtics fans across the globe].

Pierce formally announcing his retirement comes on the heel of ex-teammate and good friend Kevin Garnett also calling it quits after 21-seasons this past Friday. 'The Big Ticket' accepted a buyout from the Minnesota T-Wolves.

Let's hope this season is a great one for Pierce wherever it ends, here's to you Paul!