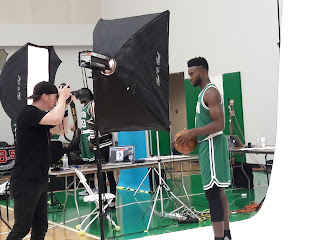 Making the transition from college to the pros is never an easy one.

For Jaylen Brown -- the No. 3 overall pick -- it's especially difficult. Unlike rookies Ben Simmons and Brandom Ingram, Brown was drafted by a team that's destined to make the playoffs and is considered to be one of the better teams in the Eastern Conference.

Therefore, Brown will have to fight for minutes this season, whereas, the draftees selected before him will have playing time essentially given to them. However, Brown is embracing the rookie experience and is grateful to be learning so much from his new teammates as he heads into his first NBA training camp.

When Brown was asked what his first impressions of his new teammates were, he unequivocally stated "the leadership."


"We got a lot of guys who are vocal," Brown said. "Isaiah Thomas, Jae Crowder have no problem voicing their opinions. So we have a lot of vocal guys. It's just great learning for that. Al Horford, a lot of experience in our locker room. So me just coming in and trying to be a sponge and absorb as much as possible."

As Crowder's backup, it's going to be important for Brown to build a strong his relationship with Crowder. Crowder spoke at Media Day about what kind of advice he's given the young rookie -- who's spent the past two weeks working out with his new teammate.

Crowder followed up his words of advice for the rookie by co-signing the first-round pick -- he said he has what it takes to succeed and is looking forward to being a mentor.


"I think personally, he's going to be a good player," Crowder stated. "And he has to find out what he does at this level great and stick to it, and just build off it. It'll be a good challenge for us to mentor him, us older guys to mentor him and make sure everything in his life is what it should be off the court and slow everything else on the court down for him. So he can focus on basketball related activities and focus on getting better as a player."

Brown understands his rookie season won't be easy and knows he has a lot of growing to do. However, he's confident in his teammates, as well as his coaching staff, that they will propel him into a bright NBA future.


"It's a constant adjustment, it's forever getting better, forever growing," Brown explained. "Summer league was one thing, now the NBA is completely different. So there's going to be an adjustment phase in there; a big one. I have full confidence in myself and I know there's going to be trials and tribulations and I'm a test things out and I'm a try to figure things out right away. We'll see where it takes me. But as long as I listen to my veterans and listen to my coaching staff and stay positive, I'm sure I'll end up in the right place."