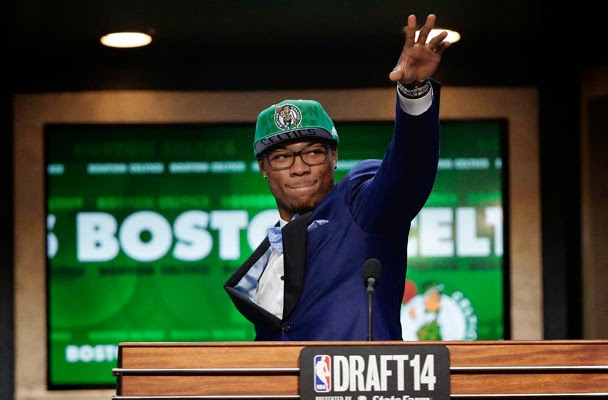 Brooklyn – It was a night most Celtics fans were waiting and hoping to see fireworks. Most wanted a repeat of the NBA Draft from seven years ago, where the basketball world would change for the better in Boston. Instead Danny Ainge elected to keep this year’s draft picks. In the end a point guard was selected at number six by the name of Marcus Smart and a swingman was chosen as the 17th pick by the name of James Young.

After Joel Embiid was selected at number three by the Philadelphia 76ers (a player I thought would fall out of the top five, due to his recent injury), and Orlando went with Aaron Gordon, Utah decided to add to their backcourt by going with Dante Exum (the player from ‘down under’). The best available draft choice arguably at number six, was Marcus Smart from Oklahoma State. Yes he is a 6’3 point guard who can score (16 PPG/4.5 APG/ 6 RPG/2.9 SPG), but is he a starter or a backup?


For those who assume that Rajon Rondo will not be apart of the immediate future, you should probably stay calm for now. Smart can actually play both guard positions; at least that’s what Wyc Grousbeck led us to believe last night when asked if the Celtics captain will be shopped around now this offseason.

“That wasn’t a topic of conversation tonight,” said the Celtics co-owner. “Of the top six (players in the draft), we were going to take the best available athlete. This doesn’t have any effect on Rajon at all.” [Boston Herald]

Wyc is not the only one who believes that the Smart pick will have no bearing on Rondo going forward. Celtics head coach Brad Stevens see’s the Oklahoma State guard playing either backcourt position.

“They can play together,” Stevens referring to Smart and Rondo. “It will be great for Marcus to have a guy like Rondo to look up to and work from. There aren’t many guys who are going to get the opportunity. I was thrilled he was there at six, because he’s physically ready to play. It’s great for both of them.” [Boston Herald] 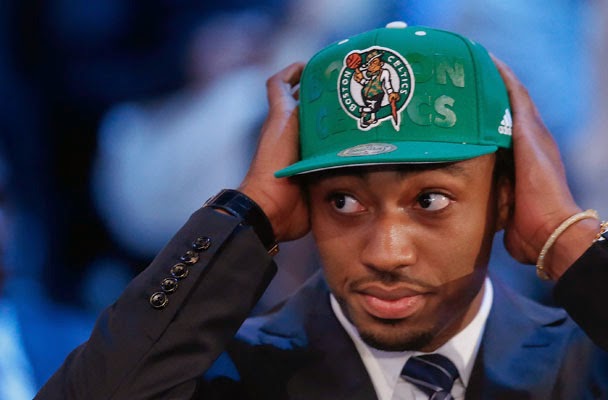 An hour later after Smart was selected at number six, swingman James Young’s name was called as the 17th overall pick. The 6’6 Kentucky freshman can play shooting guard or small forward (14.3 PPG/4.3 RPG/1.7APG). He comes in highly regarded as a great shooter with a pretty stroke. The Wildcat led his team with 20 points in a championship loss to UConn. Brad Stevens had high praise for Young, even though he dropped so low.

“James’ MO is that he’s always been a scorer,” said Stevens. “He shot it at 35 percent from 3 and 45 percent from two. He’s a guy who can shoot it, he has a stroke that just going to get better and better. We felt he was a very, very undervalued scoring wing. Everyone in the room had him ranked higher than he went, and were thrilled that he was available at 17.” [Boston Herald] 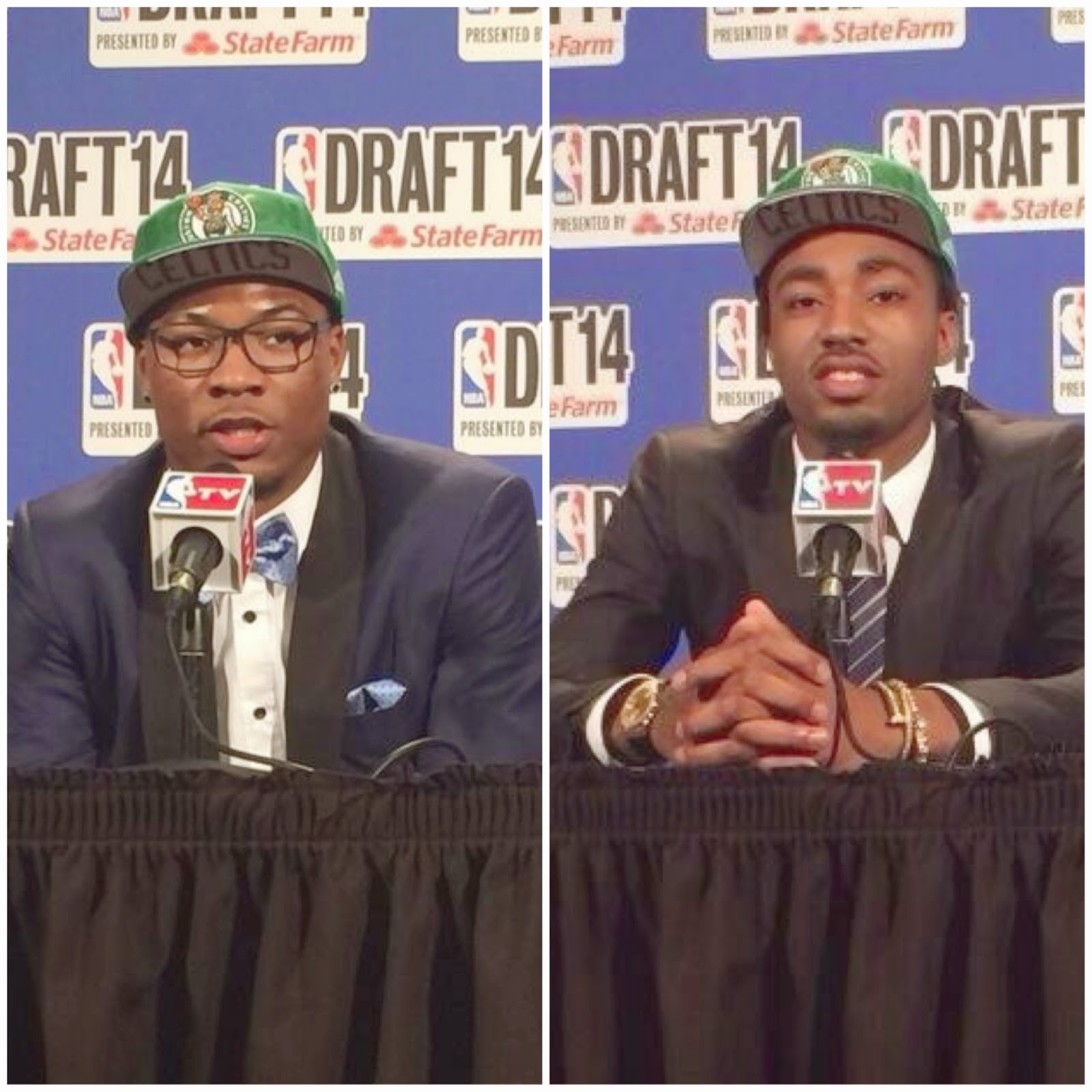 If I had to grade the Celtics on last night’s draft choices, I would give them a B. Clearly Smart and Young can score, and that’s what Brad Stevens needed; offense. Obviously a scoring big man would have been ideal, but that can be acquired later this summer. There is no guarantee that Avery Bradley will stick around, since it’s been reported he’s looking in the ball park of eight to 10 million a year. As a restricted free agent he should command no more than six-seven million dollars max. Either way Marcus Smart or James Young can both play two-guard, giving the C’s some insurance in the backcourt.

Let’s not forget Phil Pressey is also a free agent along with Jerryd Bayless when it comes to options at guard for Stevens.

Another thing that the Celtics addressed in drafting James Young was bringing in another wing player. Other than Bradley, Jeff Green and Chris Johnson, the choices were pretty thin in that area. Uncle Jeff could be moved, and Johnson is on a non-guaranteed contract and could be waived or also traded this offseason. It remains to be seen what other deals are in the works in the upcoming months.

After weeks of rumors that Ainge was trying to land Kevin Love and Carmelo Anthony, the Celtics used this year’s picks the best way they could, given the circumstances. In the meantime let the rumor mill keep spinning, because it’s still a long way until training camp.

"I remember trading for Kevin Garnett in 2007," Grousbeck remembers. "I got a phone call about that from Minnesota on July 30th or 31st, so trade season is not over yet." [Boston.com]

No, it's only just begun.

Joel Pavón
Check out some pre-draft videos of the Celtics newest additions!