According to Rondo: ‘Numbers Never Lie’ 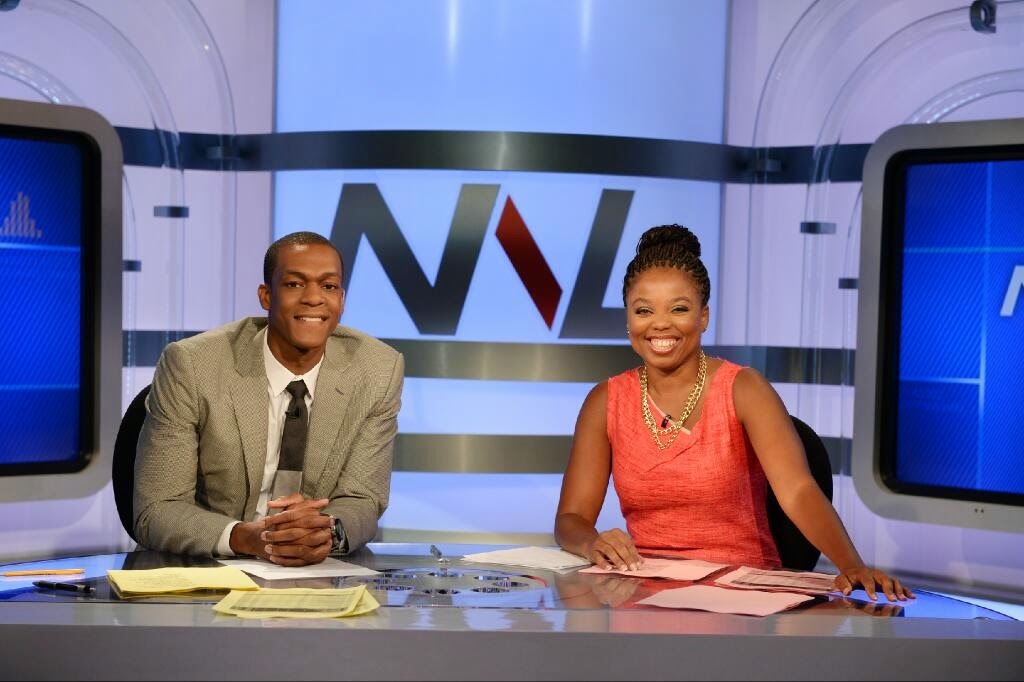 It’s been quite the offseason for Celtics captain Rajon Rondo, as he was seen on the Green Monster during a Sunday afternoon Red Sox game. He officially met arguably the best power forward in the NBA, Kevin Love on the same day at Fenway. Then he gave us his prediction of the Finals on Good Morning America, picking the San Antonio Spurs in seven (good choice). Now you can add an appearance on a highly rated sports program on a world famous network, to his already busy summer.

Rondo continued to audition for his broadcasting career in television yesterday, when he co-hosted ESPN’s Numbers Never Lie with Jemele Hill. He discussed many NBA topics including if LeBron should remain in Miami, will Carmelo Anthony bolt to Chicago, or could he fit with the Celtics? The point guard was asked about meeting Love and on his plans on remaining in Boston beyond next summer when he becomes a free agent.


Here’s are some of Rajon’s responses during Thursday’s episode of NNL:

Hill: "Your contract is up next summer; do you see yourself staying in Boston?"

Rondo: “That’s the plan. You never know what the season brings, but as of right now I don’t want to go anywhere. I just want to win. I want to bring in guys that are willing to win, guys that are competitive and want to win as well, just as I do. I believe Danny will do that. I have a lot of faith in Danny and I’ve been in Boston working my butt off.”

“Boston is a great city especially this time of the year… The fans are great there. They’re absolutely amazing, the best fans in the world.”

He then was asked about meeting Kevin Love at Fenway Park a few weeks ago.

Hill: "Were you recruiting?"

Rondo: “No. I’m not recruiting at all. Kevin’s under contract, the CBA, NBA takes that very seriously. No recruiting… As I was exiting Kevin Love was at the box suites, I spoke to him, said ‘Hello.’ No pitch, just wanted him to enjoy his time in Boston, and that was about it.”

Of course he was asked about Carmelo Anthony and what he would bring if a deal to the Celtics were to be made.

Hill: How could Carmelo fit in Boston?

Rondo: “Who knows, the sky the limit. I play to try to win a championship every year, and with Melo I think it’s very possible.”

Since the Spurs beat the Heat in five games, the question was brought up about Bron Bron staying in South Beach or not?

Hill: "Should LeBron James have some doubts about staying in Miami?"

Rondo: “I definitely think he should have doubts. Especially the way they played in the Finals, it doesn’t look too great how they ended the season, and it’s not about making it to the Finals, it’s about winning for those guys.”

Hill: "How big of a factor should Dwayne Wade’s ‘declining health’ be in LeBron’s decision to return?"

Rondo: “The way he showed up in the Finals [James] may have some doubts… my sidekick guy, my go to guy. If I don’t have the ball rolling, who can I defer to? It didn’t look like those guys could go to Wade, or even Bosh in the Finals.” 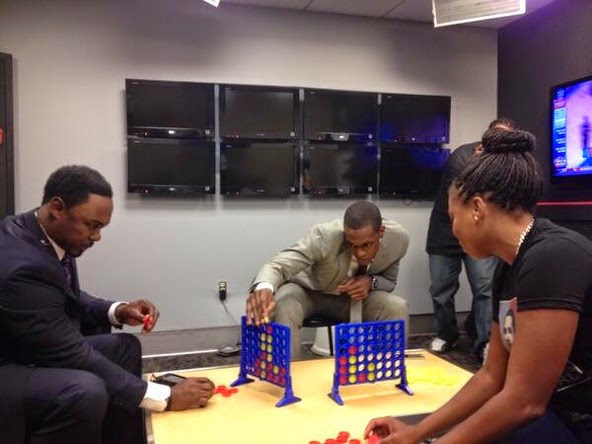 Could Rondo have found his calling after his playing days are over? He looked pretty sharp and seemed confidant in his co-hosting duties. Looks like he might have some good insight on the game, even when he says he's not watching. Of course afterwards the ‘connect-four king’ got in a few rounds on set, where it seems like he was unbeatable once again


Overall I say his appearance was a great success.