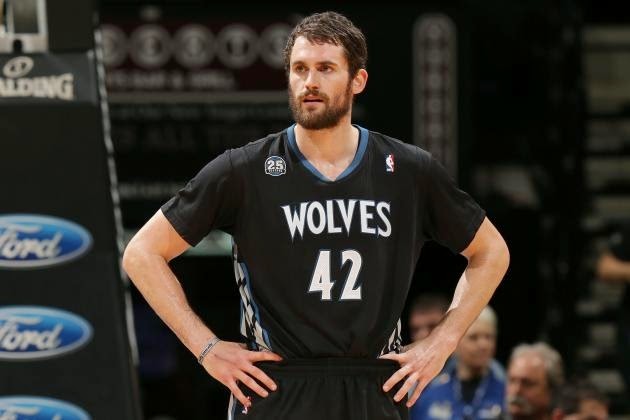 It's draft day folks, the day we've waited for with hopes of seeing fireworks from Danny Ainge and the Celtics one week before the fourth of July.

There isn't a move that would shine brighter than seeing Kevin Love traded to Boston today but it's not that easy. First round picks and young talent isn't what Minnesota wants. So I put on my President of Basketball Operations hat, went to ESPN's trade machine and tried to put together a trade that may possibly entice Minnesota, as if I can somehow make a difference.


Boston clearly doesn't have the high end talent that Minnesota is looking for. Flip Saunders and his crew don't want a long rebuilding process and want a player who is going to compete at a high level along with first round draft picks to help build their roster within the next two years.

No other team in the NBA has more first round draft picks than the Celtics. But if Ainge wants to entice Minnesota for Kevin Love, they're going to need a third team to give the Wolves a player who is a well above average ball player.

Minnesota is looking to replace their shooting guard Kevin Martin for a low cost shooter who is just as good or better than Golden State's Klay Thompson, who they wanted so badly (according to reports). If the Celtics can somehow get Orlando involved in a three-team swap, the Wolves would acquire a young shooter in Aaron Afflalo, who is coming off of the best season of his career (18.2ppg, 3.6rpg, 3.4apg).

Below, I put together a deal that would work for all three teams. 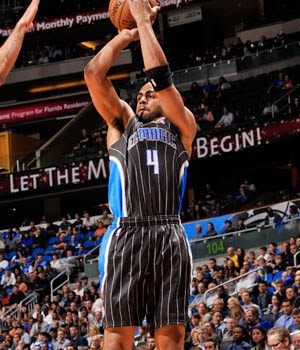 
Why would Minnesota do this?
Afflalo has one year left on his contract at $7.5 million along with a player option for next season. This is a much better contract than Kevin Martin's current deal that is worth roughly $21 million over the next three seasons. Afflalo is a well rounded player and a better scorer than Martin. Minnesota would also be getting a defensive big man in Jason Maxiel, a solid shooting forward in Brandon Bass and a young big man in Kelly Olynyk who has the potential to develop into a solid power forward in the NBA. Adding on the two first round draft picks (2014 & 2016) make this offer hard for Minnesota to refuse.

Why would Orlando do this?
This move gives the Magic something they've missing in recent years: a wing scorer. Jeff Green would fit in well in Orlando and has an expiring contract; something rebuilding teams love. Green could also go to the hoop easier with a shooter like Kevin Martin in the back court. For Orlando, this would be a move worth looking into. For a rebuilding team that has two first round picks in this summer's draft, Orlando can take a big step into the right direction of their rebuild.


Afflalo has been linked to recent trade talks in the past few days so it seems like Orlando is shopping him around. Teams such as Cleveland, Chicago, Denver and the Los Angeles Clippers have all reportedly shown interest in trading for Afflalo.

It's the best deal I could put together in my best Danny Ainge impression.

Not sure if Ainge would be thrilled about giving up Green, Bass and Olynyk along with two first round picks but it just may be the only way to get Kevin Love to Boston.