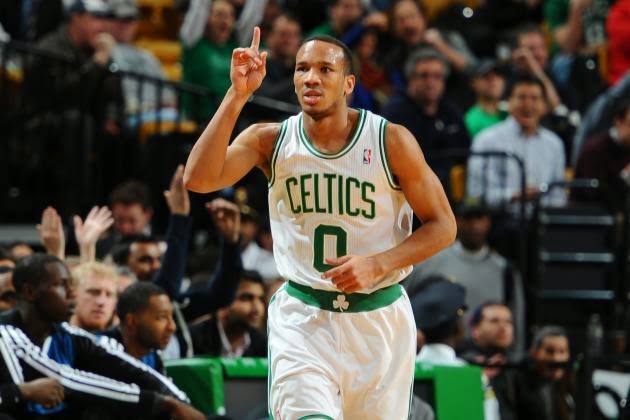 Boston wasted no time in signing Bradley. After having extended a qualifying offer of $3,581,302, Bradley agreed to a deal that will pay him in the low $7 million range and rise to nearly $9 million by the 2017-18 season, according to Steve Bulpett of the Boston Herald.


"I think Avery can be a very key player in us winning a championship," Ainge said. "He does things that other players can't do and his shooting continues to improve. We've all seen in the past his terrific defensive abilities. I think Avery's a big part of this." [Boston.com]

Earlier this week, Ainge also talked about how important it is for the Celtics to have a number guards who are flexible and can play with one another in the backcourt.


"I think you obviously need three guards who are going to play a significant amount of minutes," Ainge said when asked if the team's backcourt can play together. "We also think Marcus can play with Phil Pressey. Phil can play with Rondo. Phil can play with Avery. Because of the versatility of Rondo and Marcus, that probably allows that." [Boston.com]

One concern about Bradley's future is his health. He missed 19 games this past season because of an ankle injury, and missed 32 games the season before, after double shoulder surgery.

Bradley has yet to play a full 82-game season. Last season's 63 games was the most he's played in a single season throughout his four-year career.

However the Celtics are still believers. Bradley turns 24 this fall and still has plenty of room to grow. He improved his scoring and became Celtics' second best scorer, behind Jeff Green. And not too long ago, most NBA critics were calling Bradley one of the best perimeter defenders in the league.

Although known for his defensive presence in the backcourt, his shooting improvement has definitely helped earn himself a raise.

Bradley is coming off the best season of his four-year career. He averaged career-highs in points (15) rebounds (3.8) and three-pointers made (79) last season.